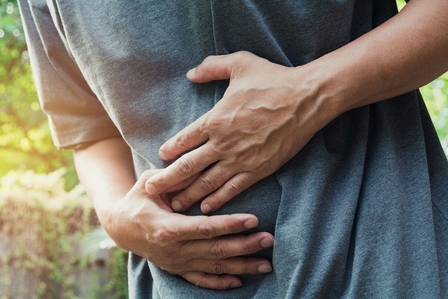 A phase 2 trial of I-Mab’s olamkicept in ulcerative colitis patients has met its primary endpoint. The study provides early evidence that the IL-6 inhibitor improves outcomes including rectal bleeding.

Interest in using anti-IL-6 drugs to treat ulcerative colitis and Crohn’s disease dates back decades. Researchers reported early clinical data on MRA, the molecule that went on to be known as Actemra, almost 20 years ago. More recently, Pfizer studied its IL-6 drug PF-04236921 in Crohn’s. Yet, despite the success of IL-6 drugs in other indications, the opportunity remains unrealized.

I-Mab is pitching olamkicept as a drug that could realize the opportunity, pointing to the fact it acts via trans-signaling inhibition to argue it can improve outcomes without causing systemic immune suppression. The phase 2 is an early test of whether olamkicept can live up to that billing.

Response rates after 12 weeks of twice-monthly infusions were higher in the 600-mg olamkicept arm than the placebo cohort, resulting in a p-value of 0.032. I-Mab is yet to share details of the numbers of responders in each cohort or information on the 300-mg dose.

Olamkicept at 600 mg outperformed placebo in terms of clinical remission and mucosal healing. For those secondary endpoints, I-Mab reported p-values of less than 0.001. I-Mab said the drug was “well tolerated, and with a very acceptable safety profile.” A more detailed public look at the results is scheduled for July.

The detailed data will shed light on whether I-Mab can carve out a space in a competitive market. While IL-6 drugs are yet to make an impact in ulcerative colitis, a series of drugs against other targets spanning from Remicade to Stelara have become go-to treatment options. Participants in the I-Mab trial had received one prior biologic, at most, as well as conventional non-biological therapy.

I-Mab secured the Asian rights to olamkicept from Ferring in 2016. Late last week, I-Mab and Ferring signed a memorandum of understanding to “explore a possible collaboration to advance the development and commercialization of olamkicept” in the U.S., Canada, the European Union and Japan.”