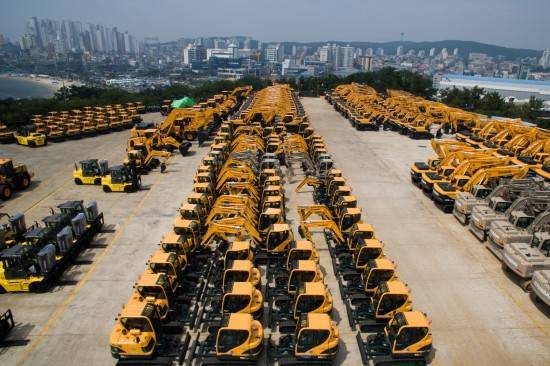 Hyundai Construction Equipment has failed to satisfy earnings expectations in the third quarter, said Korea Investment and Securities on Oct. 31 lowering the target price to 110,000 won (US$96.55) from 170,000 won.

Revenue from direct imports to Russia, CIS and Turkey dropped 33.8 percent and to Middle East and Africa by 26.5 percent, as their purchasing power was undermined by the exchange rate. The company’s operating profit will remain low at 21.3 billion won in the fourth quarter, the analyst added.