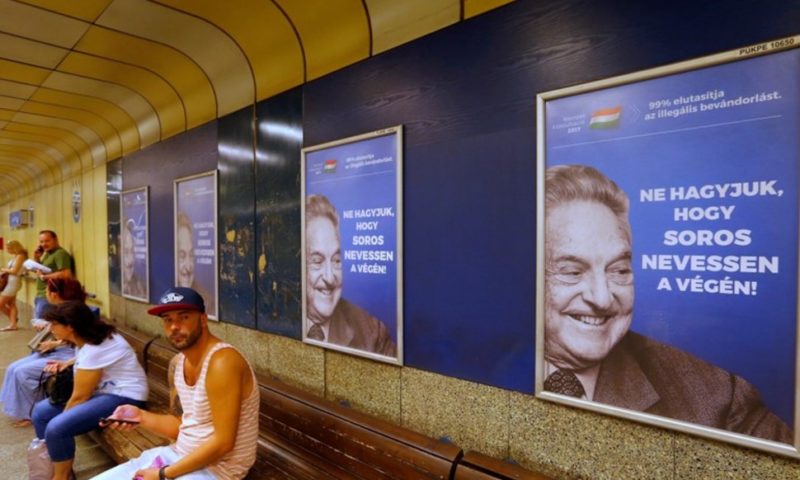 BUDAPEST – Hungary’s government said it would not make concessions to the Central European University, the legal status of which has been in limbo for more than a year due to changes in the law from a government hostile to its founder, financier George Soros.

“In Hungary the law applies to all, including the Soros university,” government spokesman Zoltan Kovacs was quoted as saying in an interview published by the daily Magyar Hirlap on Thursday.

“No one can enjoy privileges,” he said. “If other foreign universities can meet the conditions laid down in the law, then the CEU will have to follow suit instead of creating a political issue out of the matter.”

Kovacs said the state education office would examine in the future whether CEU meets the necessary criteria.

A change last year to Hungary’s law on education withdrew the right to operate from foreign-registered universities that do not also offer courses in their home country. It was widely seen as explicitly targeting the CEU, which offers graduate-level courses taught in English and is frequently ranked as the top university in Hungary.

The university said last month that it was being forced out of Hungary by Prime Minister Viktor Orban’s government and would switch its main campus to Vienna, enrolling new students there if it did not receive guarantees of academic freedom by Dec. 1.

U.S. billionaire Soros, who promotes liberal causes through his charities, has been the subject of a campaign by the right-wing government of Orban. Earlier this year, his charitable Open Society Foundations left Hungary.

Gig economy workers’ rights to be given boost in overhaul