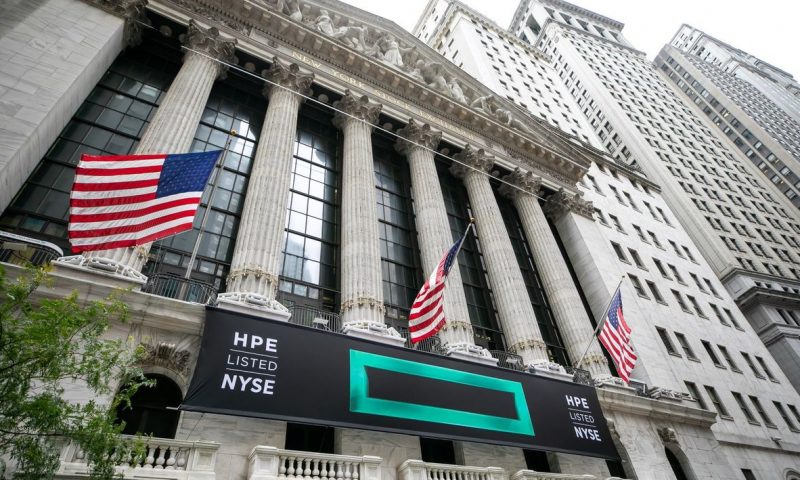 Our revenue exceeded our outlook and we significantly expanded our gross and operating margins to drive strong profitability across most of our businesses,’ CEO Antonio Neri says

“There was strong order momentum across the board, especially computing and the intelligent edge. Pretty much every cylinder of the machine was clicking,” HPE Chief Financial Officer Tarek Robbiati told MarketWatch. He noted the company generated record free cash flow of $563 million in the quarter. HPE’s board of directors declared a cash dividend of 12 cents a share on the company’s common stock, payable April 7.

Analysts surveyed by FactSet had expected net income of 41 cents a share on revenue of $6.75 billion.

For the recently completed quarter, computer revenue was $3 billion, down 1% year over year; sales of storage were down 5% to $1.2 billion from a year ago.

HPE reported strong demand for its edge-to-cloud and software-as-a-service data storage solutions, as well as widespread adoption of Aruba ESP, which provides edge-to-cloud connectivity-as-a-service, and its cloud-services arm, HPE GreenLake. The company also noted gradual recovery of supply chains that reduced backlogs and fueled growth for the company’s HPC business. The chips shortage will have little impact in the first half of 2021, Robbiati said.