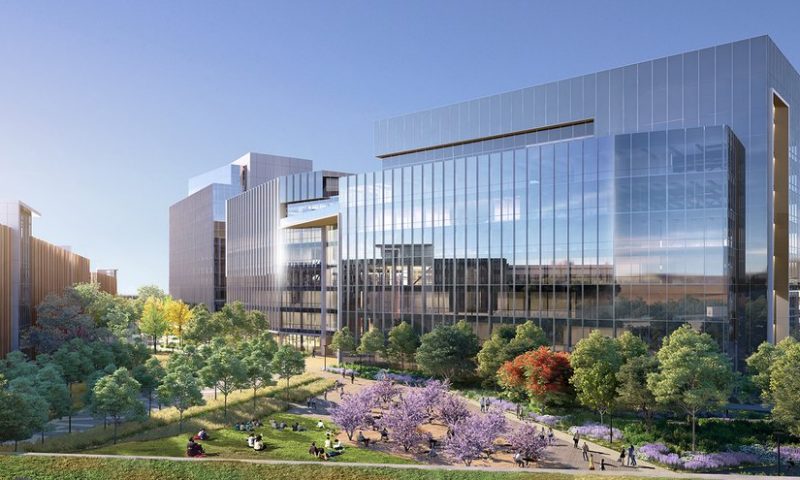 It’s that time when the company bought out by a parent files the saga with the SEC, and with Amgen and Five Prime Therapeutics, we found out Amgen was not the only interested party.

At the start of the month, Amgen stepped up with a $1.9 billion deal to buy out long-suffering Five Prime, a biotech that has seen failure and setback again and again over the years, but was handed a reprieve when its phase 2 cancer drug bemarituzumab showed some positive phase 2 data late last year, sending its shares rocketing up by 300%.

Amgen’s interest in the biotech stretches back to 2019, when it, alongside others (not named in the SEC filing) were sniffing around its pipeline. But it wasn’t until the fall of last year that things heated up when Five Prime started talking with Amgen, and the unnamed others, about possible collabs.

Then, in November, its bemarituzumab data hit; a moment the biotech had been waiting for, and anticipating would garner greater intertest.

This midstage test enrolled 155 people with FGFR2b-positive tumors, a subpopulation that accounts for 30% of all non-HER2-positive patients, and randomized them to receive bemarituzumab or placebo on top of chemotherapy.

Progression-free survival in patients who received bemarituzumab on top of chemotherapy was 9.5 months, more than two months longer than the figure in the control arm. The trial cleared the pre-specified bar for statistical significance against all three efficacy endpoints, although the p-values were higher than the 0.05 that typically serves as the cutoff for effectiveness.

Still, its shares soared, likely not just on the data but on a collective sigh of relief that something was going right, and it was still relatively cheap enough for buyout rumors to have weight. And so it was.

After the November data hit, the biotech initially was thinking about a bemarituzumab research type deal, (the ‘Bema Collab’), which caught the attention of Amgen, but also parties A through G. In all, Five Prime said the Bema Collab program saw 15 “potential counterparties”.

A month later, the company sat down and decided one of these Bema parties might in fact want to buy the company outright. A collab however was still on the table, and parties A, B, C and D were getting more and more interested.

“In particular, on January 14 and 25, 2021, senior management of the Company met with executive management of Party C to discuss the Bema program and Party C’s capabilities as a potential collaboration partner,” Five Prime explains in the filing.

Party C, however, upped the ante, telling the biotech it “was interested in a strategic acquisition of Five Prime rather than a Bema Collaboration.” It then offered $25 per share in cash. Then Company D swooped in with an offer (though the financials of that were not revealed). At the time, Amgen was still thinking about a Bema collab alone. Five Prime then told them others were interested in a buyout, and would it also be willing to think about an acquisition. It was: On Feb, 1, it was made known that “Amgen was open to considering an acquisition of the Company.” For the next few weeks, parties C and D and Amgen remained committed to a buyout deal, with others dropping out, of preferring a Bema collab.

Party D later dropped out, leaving C and Amgen to battle it out at the end of February as the biotech stoked a bidding war. Party C blinked first, saying it would only pay in the late $20s to low $30s. At the beginning of March, Amgen stepped in with a $38 per share deal in cash, or around $1.9 billion, a major 78% premium over its $21 close the day before. This won the day.

This was the biggest buyout deal for Amgen since it bought out Onyx Pharma all the way back in 2013 (which turned out to be a dud) and adds to its attempts for a cancer pipeline, which currently centers on its KRAS hopeful in lung cancer.

In recent years it has also bought arthritis med Otezla from Celgene/BMS for $13.4 billion, and penned a BeiGene collab for $2.7 billion for a 20.5% stake in the company, and a deal to sell cancer meds in China, but it clearly wanted to go beyond a collab this time.