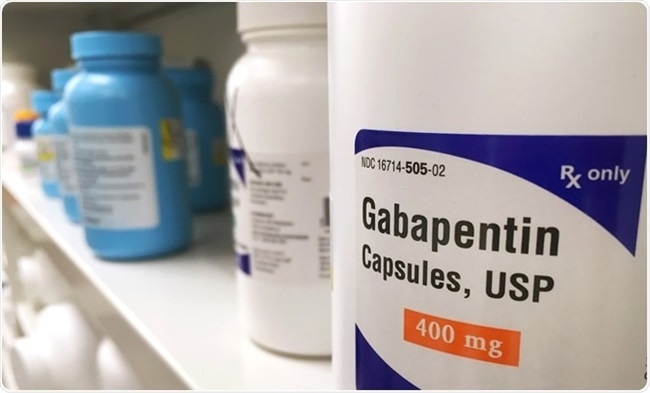 A new study published in the journal JAMA Internal Medicine in March 2020 reports the striking efficacy of the drug gabapentin in helping people with alcohol use disorder (AUD) with their alcohol withdrawal symptoms.

Scientists estimate that AUD affects about 30 million Americans today, and the trend is increasing over time. Alcohol abuse is causing ever-higher rates of injury, sickness, and death. The tragedy is that only a fifth of patients who might recover with therapy are treated. Among these, only a fifth obtain the right medication to help them stay off or moderate their use of alcohol.

The current study focuses on people with AUD, who also have alcohol withdrawal symptoms (AWS). More than 50% of inpatients and 35% of individuals in the community with AUD have such symptoms that trigger a higher rate of relapse and alcohol-related issues in their follow-up period.

While acute AWS may be recognized and treated, low-grade symptoms may escape notice, while lasting much longer than the acute type. If the person stops or cuts down on drinking before attending therapy, AWS may escape notice altogether.

Many other symptoms, labeled protracted withdrawal or protracted abstinence, are also often seen to persist for some time after the person stops drinking. It is difficult to treat this condition using common medications or by reinforcement therapy. This may be due to the basis of these symptoms, which arise from the brain chemicals γ-aminobutyric acid (GABA) and glutamate. In contrast, dopamine is more prominent in the reward pathways, along with opioids. This means glutamate- and GABA-targeting drugs could help treat AWS, including patients with a biological tendency towards these features.

Gabapentin is a neuromodulator. It binds to calcium channels that respond to voltage fluctuations, to alter their function. It also affects the way receptors are carried through the neuronal membrane. This is responsible for its actions on GABA and glutamate tone and activity.

Gabapentin effectively treats AWS in acute patients, as well as preventing relapse in patients who are detoxifying with the help of medication. This may be explained by the effect of this drug on sleep. It can be combined with the opioid antagonist naltrexone or with flumazenil to treat current or past AWS. It is also a safe drug.

The study was a double-blind placebo-controlled randomized clinical trial, where gabapentin was used in outpatients with AUD who had AWS, either in the past or the present. The aim was to test its efficacy and also to understand how it related to the intensity of AWS.

The study lasted 16 weeks and included people between 18 and 70 years, who had AUD according to Diagnostic and Statistical Manual of Mental Disorders (Fifth Edition) (DSM-5) criteria, took 5 or more drinks a day in the 90 days just before the trial began, but had abstained from drinking for 3 or more days before being randomly assigned to either of two groups. Abstinence was tested by breathalyzes and urine testing for ethyl glucuronide.

The use of cannabis or other drugs was permitted, but not any other drug use disorder, except for nicotine addiction. Psychotropic medications were not allowed; neither were patients with current psychiatric diagnoses eligible for the trial. However, patients with a history of post-traumatic stress disorder were allowed if the symptoms had been stable.

None of the participants were on any other program for AUD. After random assignment, one group received gabapentin 300 mg at bedtime on the first day, 300 mg at waking and at bedtime on the second day, and 300 mg three times a day over the next two days. For the next week, 300 mg was administered in the morning and at noon but 600 mg at bedtime. Each pill was covered with riboflavin, or vitamin B2, which will be excreted through urine and, therefore, can serve as a marker of drug ingestion.

The other group was given a placebo. Both groups received medical management in the form of educational interaction, supportive measures, and clinical interaction to improve the chances of adherence.

The researchers looked for the percentage of participants who did not drink heavily after the start of gabapentin treatment. Heavy drinking refers to 5 or more drinks for men and four drinks or more for women. They also analyzed the number of totally abstinent participants. The self-reported status was confirmed by disialo carbohydrate-deficient transferrin (%dCDT), which is present in heavy drinking.

There were 145 individuals with AUD. Ninety-six of them were randomized to either gabapentin or placebo. 30% and 40% of people on gabapentin and placebo respectively dropped out of treatment. 90 patients took part in the final analysis, with a mean age of 50 years, 77% being men and 94% being white. 43% used nicotine.

They drank heavily on 86% of pretreatment days, 83% being heavy drinking days. On these days, the mean drinking was 13 per day. 64%  of them had high %dCDT, and 76% had elevated GGT, respectively.

Gapapentin was more effective than placebo, with a significant difference of 19% between the two groups. Again, it helped more people abstain, whether it is observable through a verbal report (for a difference of 16%)  or confirmed with %CDT for a more objective assay, which showed a 14% difference in efficacy.

Patients with high AWS and were treated with gabapentin responded better than those on a placebo, with fewer heavy drinking days and more total abstinence days. This difference disappeared in those with low AWS on gabapentin or a placebo.

The authors say, “We found gabapentin to be efficacious in preventing relapse to heavy drinking (NNT, 5.4) and, perhaps more importantly, in promoting abstinence (NNT, 7.2).” The more severe the AWS, the less the relapse, and the more important is treatment with gabapentin.

In summary, they conclude: “The weight of the evidence now suggests that gabapentin might be most efficacious after the initiation of abstinence to sustain it and that it might work best in those with a history of more severe alcohol withdrawal symptoms.” Clinicians should work against AUD using gabapentin. However, more research is needed to define the role it plays in alcoholic liver disease, those with many medical and psychiatric conditions, and its excretion in patients with acute fatty liver.