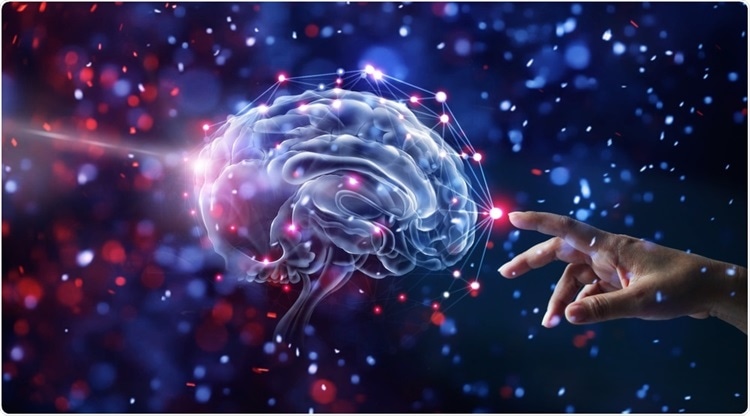 What provoked your research into the brain? Why is understanding the mechanism behind brain function so important for scientific research?

Our body is a complex machine that requires all of its parts to synchronize and communicate properly. The brain acts like a supercomputer that actively maintains nearly all organ systems while simultaneously giving us the gift of perceiving our environment.

The incredible power of our brain lends itself to be vulnerable to numerous diseases, which rob affected individuals of abilities we often take for granted—from memory and cognition to moving an arm or leg. The immense complexity and fragility of our brains leave many questions about brain function unanswered offering an opportunity for researching and discovering treatments for patients.

Our bodies are equipped with stem cell populations to assist with the response to injury and help regenerate damaged tissues. The Tesar laboratory studies a specific type of brain stem cell that is required to make myelin, a protective coating around neurons that is required for proper brain health. This myelin is damaged in numerous diseases such as multiple sclerosis and cerebral palsy, which lead to a multitude of debilitating symptoms.

In particular, these myelin-producing cells are highly susceptible to damage from low oxygen—or hypoxia. Learning how these cells respond to low oxygen provides new insight into myriad neurological diseases.

Can you describe why oxygen is critical for the body and especially for brain function?

When oxygen entered the atmosphere, there was a concurrent explosion of complex life as oxygen could be used for energy production needed to sustain advanced life functions. Without oxygen, our cells are unable to produce the energy required to survive and subsequently die.

The brain is the most metabolically demanding organ in the body and is thought to utilize 20% of the body’s oxygen. Therefore, it is unsurprising that the brain is one of the organs that are most susceptible to limited oxygen.

What causes low oxygen levels in the brain, and what neurological diseases could prolonged hypoxia cause?

What are hypoxia-inducible factors (HIFs) and how do they work in response to low oxygen levels?

Given the widespread requirement for oxygen for cell viability, all metazoans have evolved a similar mechanism to rapidly respond to low oxygen through the accumulation of proteins called hypoxia-inducible factors (HIFs). These low-oxygen responders are constantly being made in all cells in the body; however, in the presence of oxygen, all cells rapidly degrade these proteins.

In hypoxia or limited oxygen conditions, this degradation pathway is shut down and HIFs can accumulate and they activate conserved programs to enhance survival and access to oxygen. The elegance of this mechanism was the focus of the 2019 Nobel Prize, awarded to Bill Kaelin, Gregg Semeza, and Peter Ratcliffe.

HIF proteins can be thought of as powerful first responders rushing to the cell’s rescue to try to keep the cell alive as long as possible in the context of low oxygen. However, it is also known that hypoxia is ultimately damaging to cell function. How these low-oxygen responders, that are thought to be protective in all cells, end up damaging cells was unknown.

In your latest research, you studied how these responder proteins function. Can you describe how you carried out this research?

In the Tesar lab, we have pioneered new approaches to grow brain stem cells in the laboratory at a high scale and purity. Using these technologies, we were able to study how HIF proteins damage stem cells in the brain.

What did you discover?

When comparing how our brain stem cells respond to HIFs with other tissues, we found that all tissue types had the same conserved pathways upregulated to adapt the cell to oxygen, but what was surprising was that all tissues had a second response that was dependent on the tissue identity. In other words, in addition to a shared conserved response, brain stem cells and heart cells appeared to upregulate their own brain-specific and heart-specific second response.

It was quite surprising to us that this ancient and conserved response to low oxygen might have divergent effects in different cell types. We next demonstrated that it was the second tissue-specific response that impaired brain stem cell function. This was profound. Not only are cells capable of responding in different ways to low oxygen based on their identity, but this tissue-specific response is also capable of damaging cell function.

How will your research help to develop future effective therapies for neurological diseases caused by low oxygen?

We performed a drug screen to uncover potential compounds that could restore brain stem cell function from the damage incurred by low oxygen. We uncovered a class of compounds that we were able to rescue cellular function without impacting the beneficial activity of these low oxygen responders.

In other words, these compounds were able to rescue cell function by specifically targeting the damaging low oxygen response. This made us realize that it could be possible to reframe designing therapeutics for diseases caused by low oxygen by looking for therapeutics that target the tissue-specific damaging response from HIF while sparing the beneficial conserved function of HIF.

These low-oxygen responders play a dichotomous role as both hero and villain, which highlights a need to shape drug design to target the damaging response.

Do you believe that if effective therapies are developed, we can help to combat tissue damage caused by hypoxia?

Capitalizing on finding drugs to push stem cells in the brain to regenerate damaged areas offers the ability to combat tissue damage from hypoxia.

Our work demonstrates that it is critical to understand how the specific cell type is impacted by hypoxia for rational therapeutic design. With this new knowledge, uncovering drugs that can target specific cellular damage while leaving beneficial functions of HIF intact maximizes the likelihood of restoring tissue function.

What are the next steps in your research?

Our work highlights a previously unknown dark side to the hypoxia response in cells. This opens the door to a new frontier in hypoxia biology focused on the tissue-specific programs activated by HIF. We are currently trying to understand whether these tissue-specific hypoxia programs are solely involved in disease or if they might play a role in normal development by shaping the cellular response to oxygen gradients that are present as tissues and organs form.

Ultimately, we would like to identify novel drugs that prevent the deleterious side of the hypoxia response and promote brain regeneration.

Where can readers find more information?

Paul Tesar received his undergraduate degree from Case Western Reserve University (CWRU) and went on to earn his DPhil from the University of Oxford as a recipient of a prestigious scholarship from the National Institutes of Health. His graduate studies provided a paradigm shift on how we understand and utilize stem cells for research and medicine for which he earned numerous accolades, including the Beddington Medal from the British Society for Developmental Biology and the Harold M. Weintraub Award from Fred Hutchinson Cancer Research Center.

Paul is currently a Professor at Dr. Donald and Ruth Weber Goodman Professor of Innovative Therapeutics at CWRU School of Medicine in the Department of Genetics and Genome Sciences. His laboratory has pioneered new regenerative approaches to treat myelin disorders of the central nervous system including multiple sclerosis, neuromyelitis optica, pediatric leukodystrophies, cerebral palsy, and brain cancer.

Paul’s scientific achievements have been recognized with several prestigious awards including being named a Robertson Investigator of the New York Stem Cell Foundation in 2011, the International Society for Stem Cell Research Outstanding Young Investigator Award in 2015, and the New York Stem Foundation – Robertson Stem Cell Prize in 2017. In 2019, Paul was recognized as one of Crain’s Cleveland Business’ “Forty Under 40” and named a “HomeGrown Hero” in Academic Research by Cleveland.com.

Paul also co-founded a Cleveland-based biotechnology company, Convelo Therapeutics, now partnered with Genentech, to advance new therapies from the laboratory into clinical testing to better the lives of patients and their families.

Kevin Allan is from Boston, Massachusetts, and received his undergraduate degree in Neuroscience from the University of Rochester. He is currently in his final year of graduate school as a part of the Medical Scientist Training Program at Case Western Reserve University.

Kevin joined the Tesar lab in 2016 to capitalize on his interests in both neuroscience and regenerative medicine. Utilizing genomic and chemical-genetics approaches, Kevin’s work explores novel regulators of myelin development in the central nervous system in both health and disease.

One aspect of Kevin’s work explains how low oxygen damages the cells responsible for myelin formation in the central nervous system, which has implications for numerous diseases such as cerebral palsy and stroke. This work was funded by a Ruth L. Kirschstein National Research Service Award from the National Institute of Child Health and Human Development and has been recognized with awards.

Outside of the lab, Kevin serves on the young investigator committee of the American Society for Neurochemistry and organizes scientific outreach events for the greater Cleveland community.