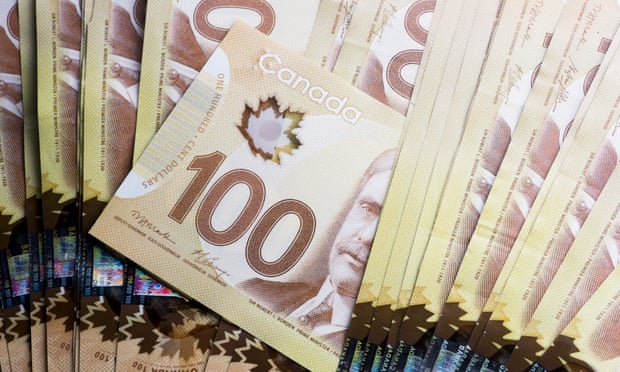 The briefing took place just a few days after David Eby began his new job as British Columbia’s attorney general – and it began a warning.

“Get ready,” Eby remembers being told by casino regulators in the western Canadian province. “I think we are going to blow your mind.”

What they showed him was footage of individuals wheeling suitcases stuffed with $20 bills into casinos. Others used hockey bags to haul the cash. Surveillance videos then showed the individuals trading in the cash for casino chips.

It was Eby’s first glimpse of what some in the global intelligence community had taken to calling the Vancouver model – a scheme in which some of the province’s casinos were unwittingly used to launder more than C$100m during the past decade.

“We are famous internationally – or, more accurately, we have become infamous – for money laundering,” Eby told a federal parliamentary committee earlier this year.

“It’s just mind-boggling,” Eby told the Guardian in an interview. “The sheer volume and the size of these transactions on a regular basis in casinos is just astounding.”

Soon after that first, eye-opening briefing in 2017, Eby’s government introduced measures aimed at curbing the transnational scheme; demanding proof of a legitimate source for casino payments of more than C$10,000and round-the-clock surveillance by regulators at high-risk establishments.

These efforts have sent suspicious transactions at casinos plummeting 100-fold since 2015, according to government estimates.

Still, the impacts of this cash flow – much of it linked to criminal organisations – are believed to have been felt across the province. “I can tell you it is tied to the opioid crisis that has taken thousands of people from their families,” said Eby. “It’s linked to the real estate market and housing prices that have made life unaffordable for British Columbians.”

Earlier this year, Eby’s office tasked a former police officer and money laundering expert with delving into the model. Peter German’s first report, made public in June, outlined how the scheme worked and linked the practice to wealthy Chinese citizens seeking to circumvent their own country’s currency controls.

Before traveling to Canada, ostensibly to gamble, these individuals would arrange to have someone deliver cash to them in Vancouver or the surrounding regions. In exchange, they transferred money from their bank account in China to another account in China.

“The money that they receive in Vancouver is the money that is the proceeds of some sort of crime – we just don’t quite know which. We have some guesses, but we don’t know yet,” said Eby. “They show up at the casino and someone meets them at the casino and gives them a box or bag full of cash and they then walk into the casino.”

The stacks of neatly bundled cash are used to buy casino chips. From there, any gambling losses flow into provincial coffers, while winnings come out clean.

“At the end of the day, a gangster is able to pass off a bag full of 20s and end up with the money transferred into their bank account in China or somewhere else in the world,” said Eby. “And the person who is actually spending the laundered money at the casino – when they do the background checks – is not the actual criminal who generated the 20-dollar bills in the first place.”

While these transactions have been worth as much as C$1.2m, said Eby, “the only real evidence of a problem is a guy lugging a hockey bag full of $20 bills into the casino.”

The practice is believed to have started in 2009 – around the same time that provincial authorities turned over the policing of casinos to local police – reaching its apex in 2015. From there the amount of suspicious money flowing through the province’s casinos began to decline, amid heightened scrutiny by police and local media.

Eby, a New Democrat politician whose party vaulted into power earlier this year, laid some of the blame on the province’s former Liberal government, accusing them of lax oversight during their 16 years in power.

In a statement to the Guardian, the BC Liberal caucus defended its actions. “Our government worked over a number of years to eliminate suspicious cash transactions in casinos,” it said. “In a multi-agency effort that included regulatory bodies, gaming organisations, and police, we were successful in creating a model that reduced suspicious transactions in casinos by 60%. That model remains in use today.”

In his report, German suggested that infighting among the provincial agencies responsible for regulating gambling may have left casinos vulnerable to exploitation by criminal organisations from China, Colombia, Mexico and other countries.

German shied away from blaming the gamblers at the heart of the scheme. “It must be remembered, however, that many of the high limit gamblers who used dirty money to feed their gambling activities were dupes,” he noted. “Others were simply attempting to remove their own money from China, in order to make a life for themselves in Canada.”

Eby’s office is currently waiting on a second report examining whether the scheme might have played a role in transforming Vancouver’s housing markets into one of the world’s least affordable. “We have a list of individuals who are walking bulk cash into casinos in the hundreds of thousands of dollars, and filling out forms that listed their occupations as being involved in the real estate markets,” said Eby. “We can’t ignore that red flag.”

A 2016 report by Transparency International Canada found that nearly half of the 100 most expensive homes in Vancouver were bought using shell companies, trusts or nominees – structures that can be used to conceal the true identity of homeowners.

“If you were driving around in your car and the police stopped you and you had a hockey bag full of 20s in the backseat, there would be a lot of difficult questions you would have to answer,” said Eby. “But for some reason when you did the same thing in a casino, it was a relatively straightforward form that’s filled out – and that’s it. And then there’s no follow-up.”