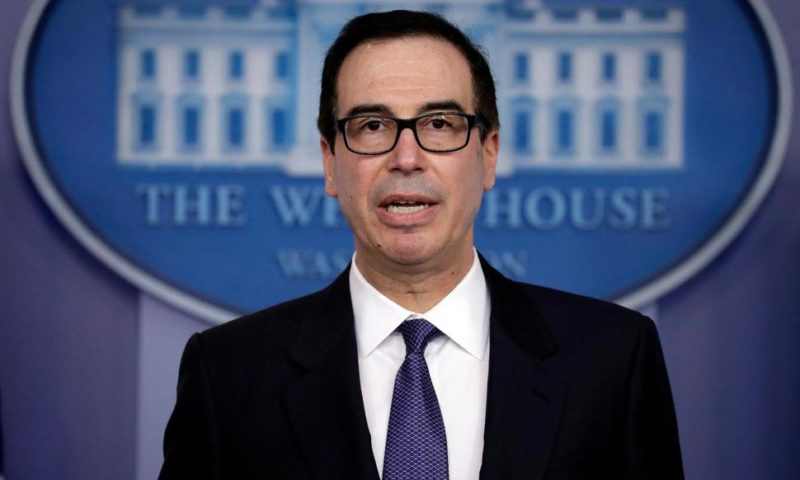 Reps. Adam Schiff, Maxine Waters and Eliot Engel told Mnuchin in a letter Tuesday they want a broad array of material that may range from secret intelligence reporting to other records such as meeting minutes and agendas, emails and texts, and calendar invitations.

The letter comes two days after Treasury announced the sanctions were being lifted on the grounds that Derapaska’s direct and indirect shareholding stake in the three companies had been reduced to the point that he no longer has control over them. The lifting of the sanctions was opposed by members of both parties on Capitol Hill over concerns that the Trump administration was not being tough enough on Russian President Vladimir Putin and his allies, including Deripaska.

They wrote that under the terms of Deripaska’s removal, his “ownership stake, as well as benefits afforded to his associates, family members, and related entities, appears designed to allow him to retain significant influence, if not de facto control,” over the companies.

“At one point, Mr. Manafort owed Mr. Deripaska close to $20 million and may have leveraged his position as campaign chairman to attempt to negotiate that debt in exchange for providing briefings to Deripaska related to the campaign,” according to the lawmakers.

The companies released from the financial sanctions were the Russian aluminum manufacturing giant Rusal, EN+ Group and the Russian power company JSC EuroSibEnergo. EN+ Group is a holding company that owns nearly 50 percent of Rusal. Deripaska will remain blacklisted as part of sanctions announced last April that targeted tycoons with close ties to the Kremlin.

Treasury’s announcement followed a failed attempt by Congress earlier this month to block the sanctions removal. Despite coming up short, the votes demonstrated the breadth of concern on Capitol Hill over Treasury’s decision, with many Republicans joining Democrats to oppose the sanctions deal.

The votes in the House and Senate represented a crack in the solid GOP backing Trump has enjoyed in his first two years as president, signaling that congressional Republicans are willing to split with the White House on national security matters.