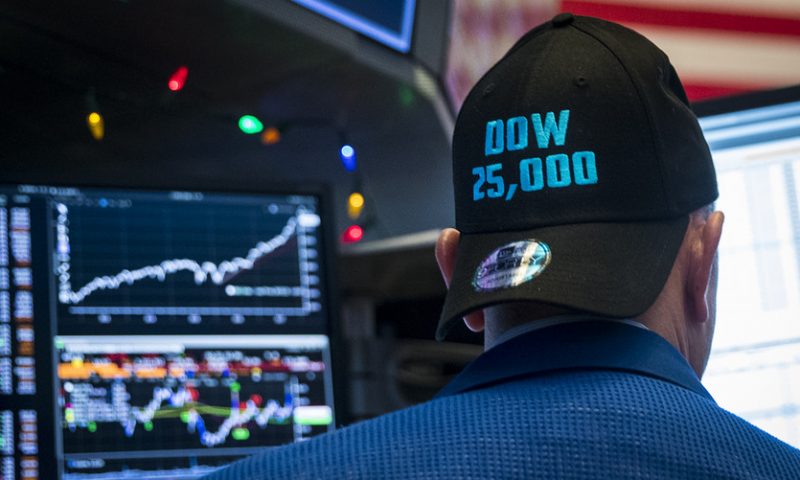 That is, if you’re buying what our call of the day from Yves Lamoureux, president of macroeconomic research firm Lamoureux & Co., is selling. The stock forecaster, who correctly predicted a “panic event” in 2018, sees another big top coming for the Dow industrials, and says investors have roughly two years to hop on board.

“It will be what we call a ‘generational top’,” where the Dow will climb to 30,000 then 40,000 as an eventual high, but then plateau for a decade, Lamoureux told MarketWatch in an interview.

He says Fed Chairman Jerome Powell can be counted on to support stocks anytime they get in trouble, especially going into an election year where the economy needs to stay in tiptop shape. Powell appeared to do just that this week with hints of interest rate cuts, even if not everyone is convinced that move is coming.

“What I’m expecting…is another big move, in which people really go nuts. That’s what’s kind of missing here,” Lamoureux said. “What separates me from everybody else is we study psychology, and what I find particularly odd now is there has been a very big flight of money out of stocks to bonds.”

That exodus satisfies another “panic event” he was looking for in 2019, he says.

He dismisses arguments that the Dow, which is up 17% from the December meltdown, has already come a long way. “You have to look to the real stocks — Apple AAPL, +1.47%  , (Alphabet’s GOOGL, +0.30%  Google, EnvidiaNVDA, +1.77% —some of these things are getting destroyed, and that’s where people have not made money in a year and a half now,” he said.

Lamoureux said he had 10% exposure to stocks at the start of the year, but is ready to move that to 50%, and maybe 100% by the third quarter. But he’s not a fan of those big tech names that could come under regulatory scrutiny, because he’s not sure how that scrutiny will resolve.

He advises investors to look for companies that are growing, but with no dividend and no big debt load. “Debt plus dividends, they get smashed. General ElectricGE, +0.30% had a price of $60 at the high then fell to $7 dollars. The load of debt killed the stock,” he says.

The ECB says it will leave key interest rate unchanged until the first half of 2020, but that disappointed those hoping the central bank will cut rates next year. ECB President Mario Draghi is currently laying out his thoughts in a press conference.

In the U.S., weekly jobless claims came in flat, while the trade deficit fell as exports declined. Elsewhere, data showed a slight revision lower for first-quarter productivity and unit labor costs fell further. One day to go until May jobs data.

Mexico-U.S. trade talks will restart Thursday after Trump tweeted the country hasn’t done “nearly enough” to avoid tariffs. Fitch Ratings cut its Mexican sovereign debt rating, and its outlook on that debt, along with Moody’s.

China’s tech giant Huawei will provide Russia with 5G, in a deal announced on the sidelines of a chummy meeting between President Xi Jinping and Russia’s president Vladimir Putin.

Kirkland KIRK, -50.35%  shares are sinking after the home-decor retailer posted a bigger than expected loss and disappointing sales.

Watch the growing divide between the “haves” and the “have nots,” warns the founder and lead analyst at JDI Research, Juliette Declercq.

Our chart of the day comes from her tweet which shows how consumer confidence in U.S. households earning more than $50,000 is rising, but falling in poorer households. Declerq predicts 2020, a U.S. election year, will be “explosive.”

Weekly jobless claims, the trade deficit and a revision to first-quarter productivity and unit labor costs, are due early. One day to go until May jobs data.

$455 billion — That’s what a deepening trade war will cost the global economy next year, says the International Monetary Fund.

Value stocks are trading at the steepest discount in history