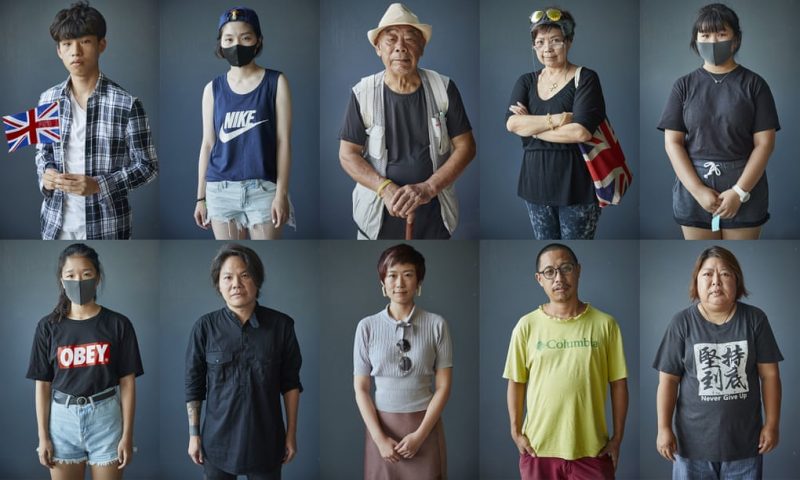 Days after Hong Kong’s first major protest against its stalled extradition law, a property firm decided to take a £2.5m hit and abandon an option to develop a slice of prime city land, blaming “social contradiction and economic instability”.

The decision by Goldin Financial Holdings was made after one of its directors, a pro-Beijing lawmaker called Abraham Shek Lai-him, called an urgent meeting to discuss whether to go ahead with the project on part of the old city airport.

He is part of a community that faces serious risks from the law – which would allow residents and visitors to be sent for trial in the mainland’s opaque, Communist party-controlled courts – and yet either worked hard to back it, or refrained from criticising it until mass protests caused an abrupt government climbdown.

Hong Kong has built its reputation as an international financial and trading centre on China’s doorstep shielded from its autocratic government by the legal system set up by British colonial rulers.

Its courts are considered independent, giving companies security to invest there, adding to its role as a regional hub. The possibility of extradition to China could transform that; its main rival as a base for foreign firms, Singapore, has apparently been watching events with delight as the Hong Kong government prepared to dismantle one of the pillars of its success.

Ordinary citizens are well aware of the risks. As the popular uprising against the law thrust Hong Kong into the spotlight, much of the attention focused on how it could erode the city’s civil liberties and put dissidents at risk. But those who turned out on the streets were not only worried about freedom of speech and religion. Many said they feared for their jobs or their children’s prospects.

The city’s business elite was not originally so bold. Many chose to stay silent even as concerns mounted at international firms and small businesses, and the city’s legal society made a rare intervention calling for a delay.

China officially says the law is an independent initiative by the leader it hand-picked for the city, Carrie Lam. However Beijing’s enthusiasm for the law has been clear; some of the most senior politicians in the country have spoken out in support. And in late May, they summoned more than 200 pro-Beijing officials and business leaders to discuss the bill and seek support, the New York Times reported.

But after years of comprehensive crackdowns on political opponents, including pro-democracy lawmakers, pro-independence politicians and the campaigners of the umbrella movement, the government clearly underestimated opposition to the new law.

Protesters forced Lam – and by implication Beijing – into a rare reversal. And with the law suspended, a few members of the economic elite are starting to step out of line.

Pro-Beijing legislator Felix Chung, who represents the textiles sector, warned in surprisingly blunt comments that the law could leave many of the city’s tycoons vulnerable. One of the offences for which extradition would be possible is corruption.

“When we started to open up factories in China, the overall rule of law was not so mature. A lot of things had to be done by special ways, through corruption, bribery or whatever,” said Chung, who opened his factory on the mainland in 1993.

Because the Communist party and the legal system are intertwined in China, it would potentially only take one falling out with a powerful official or Chinese business rival to put employees at risk.

Cases like those of Canadians Michael Kovrig and Michael Spavor loom large for businesses with offices in Hong Kong, who worry the law could make them vulnerable.

The two men were arrested in China on espionage charges. But Canadian authorities have denounced the charges as flimsy pretexts used to seize the men as part of a wider political dispute tied to the fate of a senior executive from telecoms firm Huawei.

China has shown its willingness to go after enemies in Hong Kong without regard for the law; kidnapping dissident booksellers and a mainland Chinese billionaire tycoon and spiriting them across the border.

The ability for Beijing to mount similar raids legally is a big worry for any business, and for anyone living in Hong Kong. Among the signs at recent protests was one that read “First: Canadians Kovrig and Spavor. Next: you and me?”