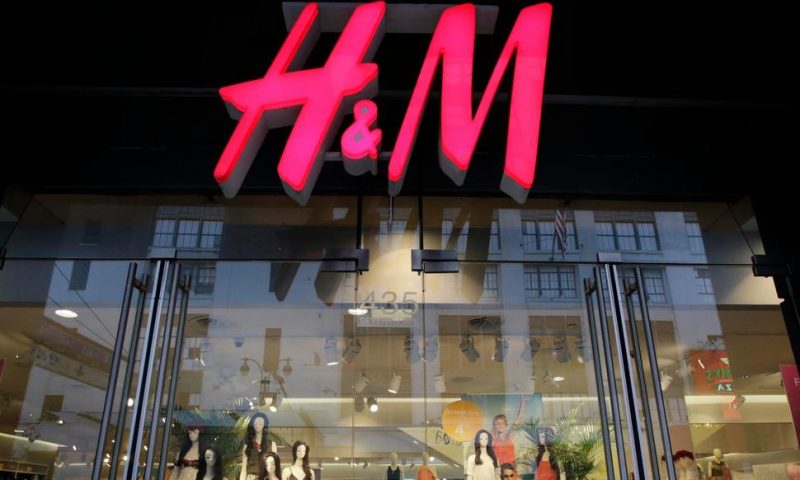 Low-cost fashion retailer H&M says it is suspending leather purchases from Brazil in response to the Amazon fires.

COPENHAGEN, DENMARK — Low-cost fashion retailer H&M said Friday it is suspending leather purchases from Brazil to make sure it is not supporting cattle farming that may be contributing to the fires in the Amazon rainforest.

The move by the Stockholm-based company follows a similar decision by the maker of Vans and Timberland shoes. Some international investors are also trying to put pressure on the Brazilian government, which has been seen as too lax in its approach to protecting the rainforest.

Hennes & Mauritz AB said its temporary ban on leather from Brazil will remain in place “until there are credible assurances … that the leather does not contribute to environmental harm in the Amazon.”

The move may be more about the message than the business impact, as H&M sources the vast majority of its leather from Europe’s from the meat industry, with only a small part from Brazil. The company declined to provide figures.

In 2017, less than 1% of H&M’s range of clothes was made of leather and it used synthetic leather products five times as much as real leather. The group has already been moving away from using materials derived from animals.

Last week, VF Corp., the owner of Timberland, Vans and several other shoe and clothing brands said it also stopped buying leather from Brazil because of the rainforest fires.

Based in Greensboro, North Carolina, VF Corp. said it won’t purchase leather and hide from Brazilian suppliers until it’s assured that the materials “do not contribute to environmental harm in the country.” VF said 5% of the leather it purchases for its products comes from Brazil.

The current fires in the Amazon are largely attributed to people clearing the forest for cattle ranching and crops. About 60% of the Amazon rainforest is in Brazil.

Intel is optimistic about cloud spending and an AMD price battle