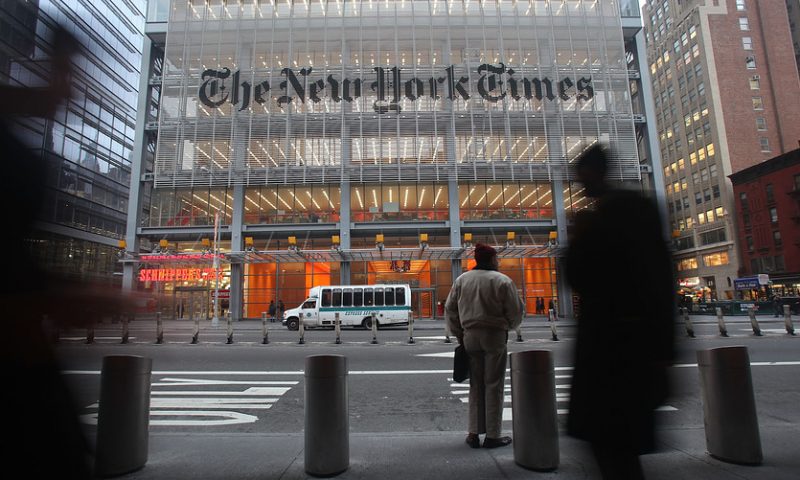 The New York Times last week ran a cartoon in its international paper depicting Benjamin Netanyahu as a guide dog for a blind President Trump.

It did not go over well.

Seth Frantzman of the Jerusalem Post, who called it “deeply antisemitic,” was one of many voicing their shock and outrage.

“The Nazis also depicted us as animals,” he wrote in a piece on Sunday. “They also put Stars of David on us. Antisemites have compared us to dogs, pigs and monkeys before. It used to be that it was on the far-Right that Jews were depicted as controlling the world, like an octopus or a spider.”

The Times originally delivered explainer on Saturday that was deemed inadequate across social media. “The image was offensive, and it was an error of judgment to publish it,” the statement read. “It was provided by the New York Times News Service and Syndicate, which has since deleted it.”

As the backlash grew, the Times tweeted out another apology:

“Apology not accepted,” the AJC said. “How many editors looked at a cartoon that would not have looked out of place on a white supremacist website and thought it met the paper’s editorial standards? What does this say about your processes or your decision makers? How are you fixing it?”

Most Times staffers who work in the U.S. for the paper did not know about the image in the international editions until they read about the editor’s note on Saturday, CNN reported. They said they were alarmed to see the image in the first place, and weren’t pleased with the first explanation.

The Trump administration also entered the discussion on Sunday, with White House counselor Kellyanne Conway bringing it up in a conversation with Jake Tapper on CNN’s “State of the Union.”

“This antisemitic cartoon which I’m not even going to describe the particulars because it is so odious and offensive, they didn’t even apologize for it,” she said. “Apologies usually include words like regret, sorry and apologize. They didn’t do that.”

Alphabet earnings: Google juggles good investments with being a target for EU fines