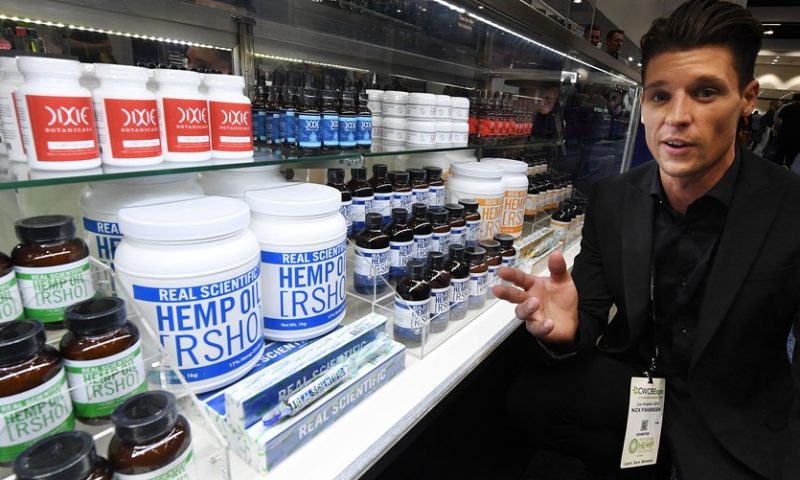 Hemp companies are raising capital this year at more than 10 times the pace seen last year, according to the latest data from Marijuana Business Daily and Viridian Capital Advisors.

The sector has seen almost $137 million in new capital raised in the year so far, equally spread between debt and equity, the data showed. Of that sum, roughly $65 million was debt raised by Mile High Labs earlier in April. The Boulder, Colorado-based company said the term loan facility will allow it to secure a steady supply of hemp for CBD extraction.

Hemp is a type of cannabis plant that does not contain the psychoactive ingredient that produces the “high” associated with the plant and can be used in producing construction materials, rope and plastics. The plant was legalized in the December Farm Bill and companies have been rushing to enter the space ever since.

Hemp also contains the cannabinoid CBD, which is widely held to have health benefits. But that ingredient is now regulated by the U.S. Food and Drug Administration, which has said companies cannot add it to food or drinks without its approval. That has frustrated many companies who were planning to launch food and beverage lines infused with CBD. The FDA has pledged to hold talks in May on the subject of regulating the substance.

The second biggest capital raises of the last week came from New York-based Northern Swan Holdings, which closed a $58 million Series D financing. The new round brings it total funding to date to $96 million, the company said in a statement.

Northern Swan has a stake in Colombian cannabis company Clever Leaves. It will use the proceeds of the financing to expand distribution channels and brands in Europe, Latin America and North America.

In third place comes British Columbia-based Valens GrowWorks VGWCF, +0.45% , which raised C$43.1 million in equity with the aim of financing expansion of its extraction facility at Kelowna, build out an adjacent property it has acquired and for general corporate purposes.

Separately, Fintech POSaBit, which offers point-of-sale services to cannabis companies, said retailers can expect a big spike in sales on 4/20, the traditional annual celebration of cannabis that will take place on Saturday.

The company said an analysis of transactions conducted last April 20 across Washington, Colorado and California found a 91% increase in customer traffic measured by debit-card transactions in 2018 versus the same day in 2017.

The analysis also found a difference in how different generations like to consume cannabis. For baby boomers, flowers and pre-rolls remain the most popular products, while millennials prefer concentrates. Consumers age 65 and over are most drawn to edibles, the data showed.

In company news Friday, MedMen Enterprises Inc. MMNFF, +1.20%   said Friday it has accepted the resignations of two senior officials. The company said Chief Operating Officer Ben Cook and General Counsel Lisa Sergi, who is also a board member, have both resigned from the company.

Tesla to trim ‘Musk friendly’ board amid SEC fight