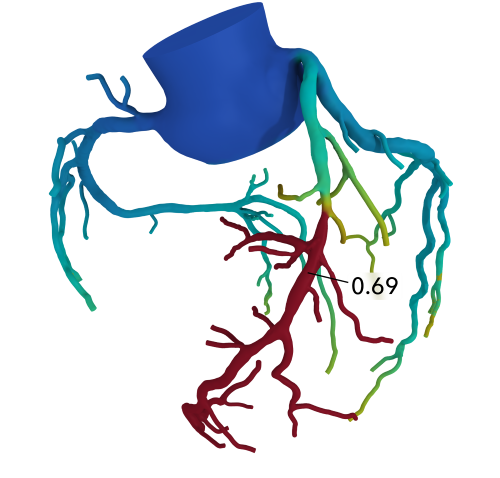 In a move that may not bode well for the special purpose acquisition company deal’s recent dominance in medtech, HeartFlow’s plan to go public via reverse merger has been stalled.

HeartFlow had announced plans to join the New York Stock Exchange through a deal with SPAC Longview Acquisition Corp. II in July 2021. But a statement published Feb. 4 said HeartFlow and Longview mutually decided to terminate the deal, citing only “current unfavorable market conditions” as the reasoning behind the move.

HeartFlow is developing a test for coronary artery disease that uses deep learning artificial intelligence algorithms to analyze coronary CT angiograms. The resulting analysis is then translated into a personalized 3D model of each patient’s cardiovascular anatomy and function, allowing physicians to pinpoint indicators of heart disease with greater precision.

When the deal was initially announced, the duo said that the resulting public company would have an enterprise value of about $2.4 billion and would rake in $400 million in cash from the merger, resulting in a total equity value of around $2.8 billion. The deal was originally expected to close in the fourth quarter of 2021, when the company was set to begin trading under the ticker symbol “HFLO.”

Both partners arrived at the reverse merger seemingly well-positioned for success. In its more than a decade as a private company, California-based HeartFlow has raised more than $500 million in venture capital, topped off by a $240 million series E in 2018 that brought the startup’s valuation to the $1.5 billion mark.

Longview, meanwhile, went public in March 2021 in a $600 million IPO of its own. It’s backed by Glenview Capital Management, whose Longview Acquisition Corp. successfully completed its own SPAC deal in early 2021, merging with hand-held ultrasound maker Butterfly Network in a transaction valued at $1.5 billion.

However, this isn’t the first SPAC-related stumbling block the medtech industry has seen in recent months.

Last August, LumiraDx had to slash its own reverse merger deal nearly in half. Months after teaming up with blank check firm CA Healthcare Acquisition with a $5 billion pro forma enterprise value and Nasdaq debut in its sights, the diagnostic developer was forced to lower its expectations, lopping $2 million off the top of that valuation.

The 40% reduction was attributed once again to rocky market conditions, with LumiraDx citing what was at the time a steep drop-off in COVID-19 testing demand. The deal ultimately closed in late September, sending the test maker to the Nasdaq under the symbol “LMDX.”