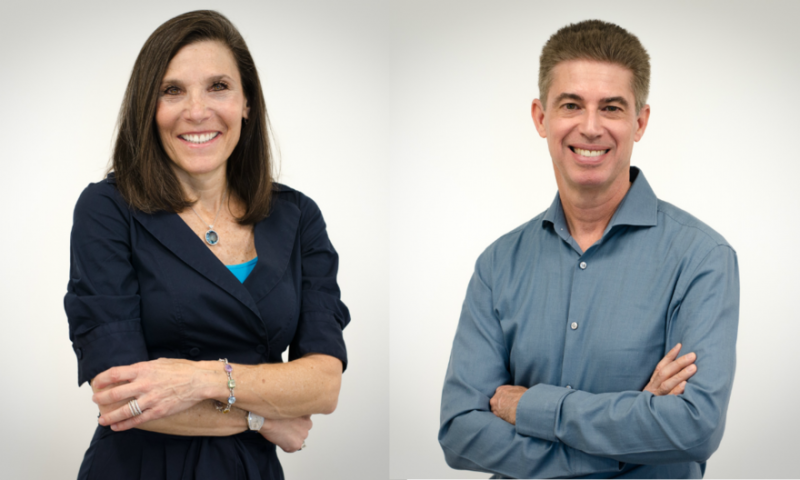 When Amgen vets Beth Seidenberg, M.D., and Sean Harper, M.D., set up their venture firm in 2018, their goal was twofold: to back companies with cutting-edge science that could transform patients’ lives and to help develop Los Angeles into a biotech hub like Boston or the Bay Area.

Two years and $820 million later, they’re already exceeding their expectations, said Seidenberg, co-founder and managing director of the firm. Since unveiling Westlake Village BioPartners with a $320 million fund, the duo has invested in or incubated 11 companies, more than half of which are in the Los Angeles area. Now, Westlake has raised another $500 million for biotech bets, of which $430 million will back the series A rounds of about 12 startups and support later rounds for the most promising of the bunch.

The remaining $70 million forms “essentially a sister fund” to Westlake’s first $320 million fund, which focused on early-stage investments, Seidenberg said. Dubbed Opportunity 1, this fund will go into series B and later rounds for companies Westlake has already backed.

Like so many others, Westlake is looking for companies with treatments or technologies with transformative potential.

“That term is overused these days—we see all the time incremental stuff that’s described as transformative,” said Harper, co-founder and managing partner of Westlake. “For us, we are really looking for situations where a technology makes something possible that we couldn’t do before.”

That could mean developing a new approach to treat a particular disease, discovering a new drug target or figuring out how to overcome treatment-resistant cancer or deliver gene therapies more efficiently, Seidenberg and Harper said.

With its Westlake 2 fund, the firm has already invested in three new companies: a gene therapy biotech in San Diego and two companies based in Los Angeles. One of the latter is an oncology-focused startup, and the other, Acelyrin—also unveiled Tuesday—will identify, acquire and accelerate the development of promising drug candidates.

The duo set up shop in the Los Angeles area because it was just one ingredient away from becoming a biotech hub: an experienced venture capital firm.

“All the other elements were in place,” Seidenberg said in a previous interview. Those include universities, city officials and life science organizations eager to keep innovation in the area, as well as a biotech talent base thanks to Amgen.

Along with its new funds, Westlake is announcing a partnership with Alexandria Real Estate Equities, which is building out lab and office space in the area. It’s already completed an incubator space in Thousand Oaks, California—just down the street from Amgen—as well as a larger space for startups to move to once they graduate from the incubator.

“They’re top builders of biotech hubs; they did it in Mission Bay (in San Diego) and in the Bay Area, Cambridge and New York,” Seidenberg said. “The headquarters for Alexandria is in Pasadena. They’ve actually been in LA waiting for a group or a fund like Westlake to come to the area and have an interest in keeping technology here or bringing tech from outside into this area.”

And there’s never been a better time to be a biotech investor. The same way that other fields, such as mechanical and electrical engineering, had explosive growth that led to putting rockets in space and supercomputers in our pockets, biology is just taking off, Harper said.

“I try to get people to step back and recognize that what you’re seeing is very fundamental—you’re seeing the scientific field of biology come out of this long, thousands of years, sort of flat, linear growth into this exponential growth phase,” Harper said. “It’s just something that happens in science and technology.”

Horizon alums unveil Acelyrin, a biotech to accelerate the development of promising drugs