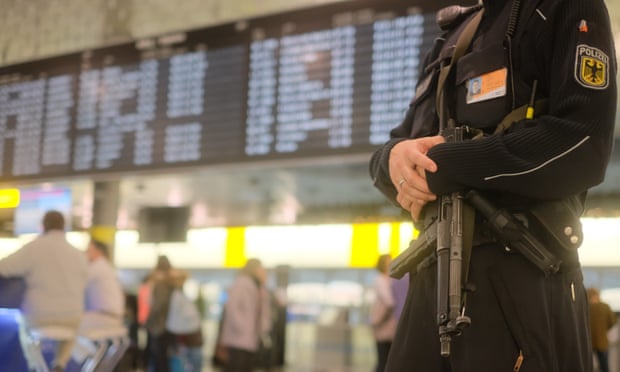 Man arrested after crashing through barrier, causing incoming flights to be temporarily diverted

Airport traffic was suspended at Hanover airport on Saturday after a car crashed through a barrier and drove on to the runway, police said.

“A security incident occurred at Hanover airport around 15.40 [2.40pm GMT]. A man broke through a barrier in a car which went onto the runway,” Hanover police wrote on Twitter.

The driver of the vehicle, a European man aged around 20, was quickly arrested and tested positive for cocaine and amphetamines, Hanover police said.

The car, registered in Poland, had been searched but no weapons were found, a police spokesman told the German DPA news agency.