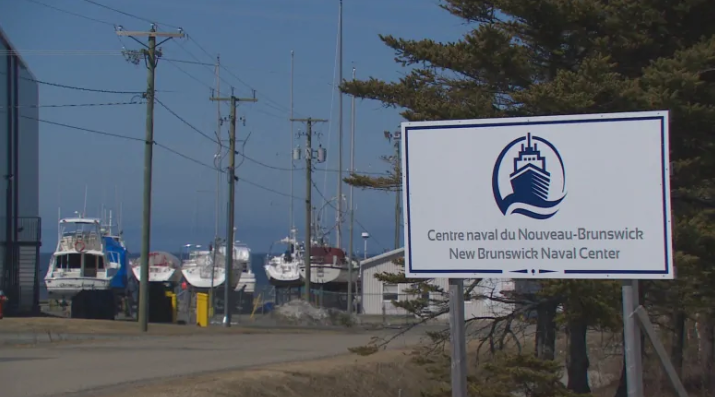 A Quebec company has issued temporary layoff notices to its entire workforce at a troubled government-owned shipyard in northeast New Brunswick.

Groupe Océan says the refusal by the Blaine Higgs government to fund the last element of the shipyard’s infrastructure means it can’t bid on larger boat contracts and will have to close shop.

The company plans to lay off all 37 employees at the end of August, when they finish work on a floating dry dock.

“Right now it’s the last minute,” said company spokesperson Philippe Filion. “We are on the edge.”

The employees have been offered jobs at Groupe Océan’s other operations in Quebec, but the shutdown would spell the end of the company’s presence at the New Brunswick Naval Centre in Bas-Caraquet.

It’s one of several companies leasing space at the shipyard, which was launched in 2014 by two municipalities and taken over by the previous Liberal government after it ran into money problems.

Previous federal and provincial governments have poured millions of dollars into the shipyard, which Premier Blaine Higgs has referred to as “abusing taxpayers’ money.”

PCs refuse to fund slipway
Last month his government said no to an additional $1 million to help finish a slipway that would move boats between the yard and the water. It would allow Océan to bid on contracts for larger vessels.

Ottawa has already put $4 million on the table for the slipway.

“I think the government is doing exactly what needs to be done,” he said. “I think at some point you do have to turn off the tap and let the chips fall where they may.”

Dry dock a training project
Bas-Caraquet Mayor Roger Chiasson said his village and the Town of Caraquet are working on a new business plan for the shipyard that they’ll present to the province.

He said the two municipalities will look at whether to redirect money they’ve already committed to the shipyard toward the slipway.

The dry dock to be finished by Groupe Océan by the end of August will be sent to another company location in Quebec.

It was built in Bas-Caraquet to allow the local workforce to gain skills and experience for future contracts, though Higgs said it’s illogical that New Brunswick taxpayers have subsidized a dry dock that will be used outside the province.

Filion said the slipway, a separate piece of infrastructure, is required under the company’s agreement with the province and Groupe Océan may sue over the government’s refusal to fund it.

“It’s sad, but in the end we will see if we have to engage in some legal pursuits,” he said. “We are not there yet but it’s possible. We have an agreement with the owner, Provincial Holdings Ltd., and they didn’t respect it. This is a legal document.”

The Naval Centre has been a point of contention between the Liberals and Tories since 2016, when the Brian Gallant government bought out the facility with an estimated cost to taxpayers of $38 million.

The Liberals blamed the previous PC government of David Alward for the fiasco, pointing to the way the deal was structured under a memorandum of understanding signed by the Tories just before the 2014 election.

The Naval Centre was established as a non-profit corporation overseen by the Town of Caraquet and the Naval Centre Village of Bas-Caraquet, a setup the Liberals said they only learned of after taking office.

Because of legal limits on how much money municipalities can borrow, the shipyard was short on cash in 2015 and had to shut down.

The PCs said their initial deal was meant to eventually include private-sector investment and said the problems were due to Liberal mismanagement.

After the Liberal bailout, the government renegotiated the lease agreement with Groupe Océan in an effort to lower the cost to taxpayers.

Several other companies have been building boats at the yard, but the province says the shipyard ran a deficit of $140,000 in 2017-18.