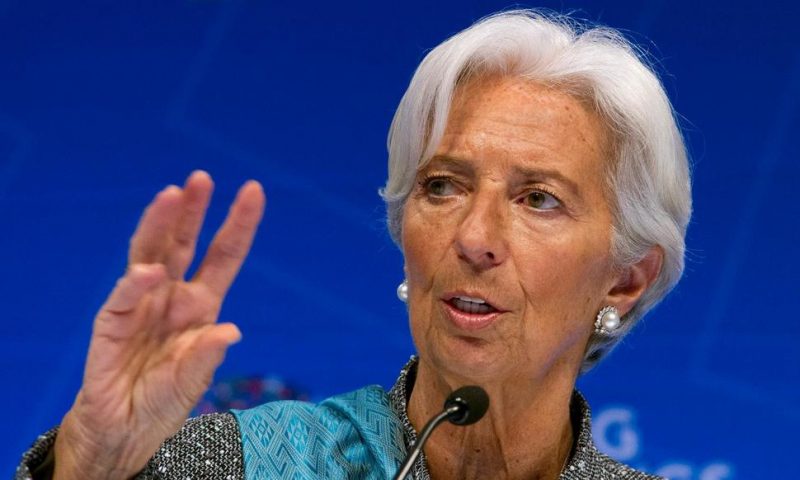 ATHENS, Greece — The Greek government on Monday said it is in talks with European bailout lenders to repay its debts to the International Monetary Fund early as market borrowing rates have tumbled to their lowest level since 2005.

And Prime Minister Alexis Tsipras said he was determined to spare austerity-weary Greeks a further increase in tax pain that has been agreed with bailout creditors for next year.

Government spokesman Dimitris Tzanakopoulos said Athens is hoping to repay a “significant portion” of its remaining 9.6 billion euros ($10.9 billion) owed to the IMF ahead of schedule.

The yield on Greece’s 10-year bond dropped further to 3.28% on Monday, matching levels not seen in 14 years.

Greece would need approval from the eurozone’s rescue fund to repay its IMF loans early, but top officials in the agency and the European Commission have already praised the idea.

The left-wing government in Greece — facing national, municipal and European elections this year — is planning to boost funding for social programs with the money eventually saved from the cheaper loan repayment, Tzanakopoulos said.

“The IMF loans are expensive, with an interest rate of 5.1% — so that means we can lower debt servicing costs and we will have an increase in the fiscal space to help vulnerable groups in society,” he told private News 24/7 radio.

Tsipras said later Monday that the early IMF loan repayment would be an important step forward.

He also pledged that if his Syriza party wins parliamentary elections when its mandate expires in October, it will dodge a commitment to boost tax revenues by reducing the income-tax-free threshold.

“The tax-free threshold will not be cut as long as Syriza is in government,” he said in an interview with private Antenna TV.

Tsipras’ government has committed to improve tax revenues by about a billion euros through the measure due to be implemented next year.

But Tsipras said this could be avoided provided the country continues to achieve strong budget surpluses — which have already allowed Athens to avoid new pension cuts initially agreed with creditors.

Greece emerged from its third international bailout program last August and has seen significant improvements in the economy, which had been battered by years of recession and budget cuts. Improvements in Greece’s bond yields have been accompanied by a boost to the stock market, which on Monday closed up 26.1% for the year.

The country, however, still has a sovereign credit rating below investment grade and a huge national debt worth about 180% of gross domestic product.