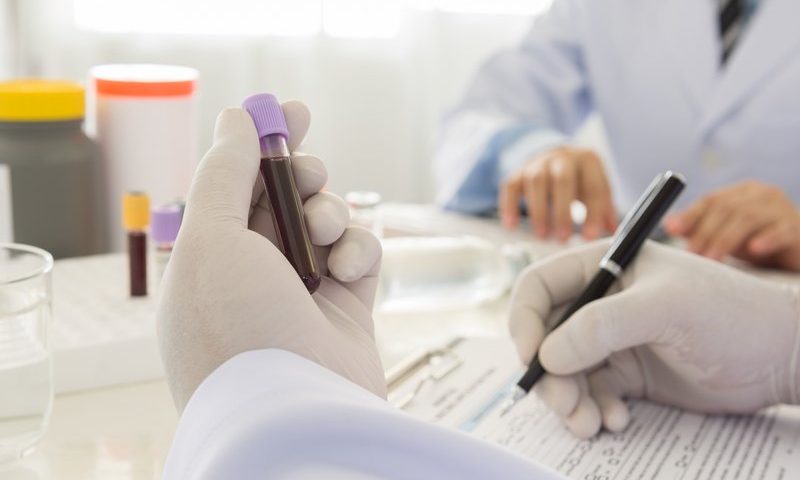 The final results from a Grail study of its cancer-tracing blood test found it was accurate at detecting a range of different tumors at early stages—especially those more likely to be lethal and have fewer screening options.

Grail launched its prescription Galleri diagnostic in the U.S. earlier this month. The test is designed to help spot as many as 50 different cancers and uncover their original organ sites from a blood sample, a result of years of development and billions of dollars in venture capital funding.

In a paper published in the cancer journal Annals of Oncology using data gathered from the company’s Circulating Cell-free Genome Atlas study, researchers found the test could detect cancer before symptoms developed while offering an overall false-positive rate of 0.5%.

However, when it came to correctly identifying tumors from samples, the test’s performance varied based on the type of cancer and how far it had progressed. The test relies on capturing and analyzing small pieces of DNA released by tumors into the bloodstream, with some cancers shedding more genetic material than others.

For example, esophageal, liver and pancreatic tumors—diseases that also have limited screening methods—were easier for the test to find than cancers of the breast, bowels, cervix and prostate, with combined sensitivities of 65.6% versus 33.7% for the two groups, respectively.

In addition, the test’s sensitivity increased with the cancer’s malignancy, across all disease types—from 16.8% at the earliest stage I, 40.4% at stage II, 77% at stage III and up to 90.1% at stage IV, when the tumor has metastasized and spread to other locations in the body.

Across all cancer types and all four stages, Grail’s Galleri test correctly identified the presence of cancer in 51.5% of cases from among more than 2,800 people already diagnosed with the disease.

“Finding cancer early, when treatment is more likely to be successful, is one of the most significant opportunities we have to reduce the burden of cancer,” said the paper’s first author, Eric Klein, chairman of the Cleveland Clinic’s Glickman Urological and Kidney Institute.

“These data suggest that, if used alongside existing screening tests, the multi-cancer detection test could have a profound impact on how cancer is detected and, ultimately, on public health,” Klein said in a statement.

In addition, the test was able to identify the tumors’ organ sites 88.7% of the time, giving clinicians a head-start in targeting the disease for treatment and helping them choose the most effective follow-up diagnostics.

The Galleri test does this by analyzing changes in the tumor DNA’s larger chemical structure, where clusters of attached compounds known as methylation groups form specific patterns that can be traced back to individual cancer sites. Grail said it expects to be able to turn around results within 10 business days.

“Early detection of cancer is the next frontier in cancer research as it could save millions of lives worldwide,” said the editor-in-chief of Annals of Oncology, Fabrice André, director of research at the Institut Gustave Roussy in France.

“Developing technologies that address this issue is the first step. Next steps will include the development of new therapeutic interventions,” André said. “In parallel, major efforts related to population awareness must continue, or all these efforts will not lead to transformation of outcomes.”

Following its initial launch, and before Grail pursues a full FDA approval in 2023, it is expected the Galleri test could be used to help screen as many as 50 million people, according to the DNA sequencing giant Illumina—which originally helped launch Grail as a spinout and now aims to buy it back in an $8 billion deal that has come under global antitrust scrutiny.

The U.S. Federal Trade Commission said it would move to block the deal, claiming that Illumina’s ownership of a proprietary cancer diagnostic test could put it in the position to throttle the development of potential competitors—which more than likely rely on the company’s hardware for research work due to Illumina’s dominating market presence.

Competition watchdogs at the European Union have begun similar examinations, though Illumina has sued to block them, saying that they lack jurisdiction because Grail currently does no business in Europe.

Most recently, a federal court allowed the FTC to potentially postpone its legal actions, pending outcomes from across the pond. Meanwhile, the original terms of the acquisition offer are set to expire this December at the latest.

Fulcrum’s muscle degeneration drug fails but will push forward regardless