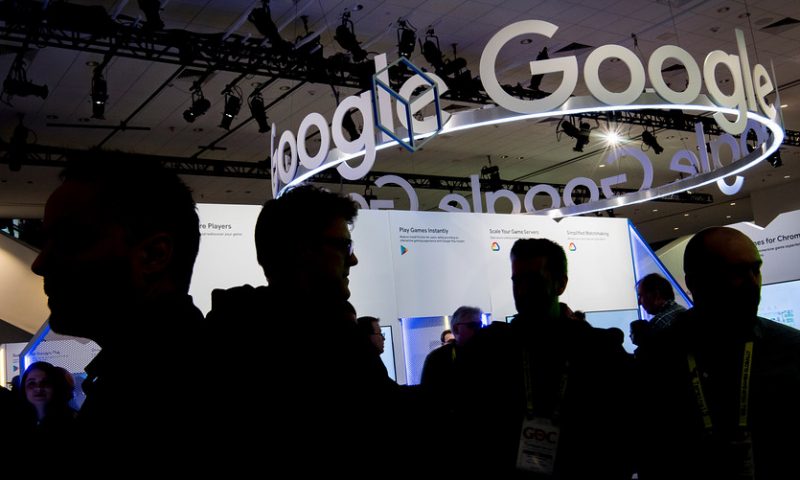 Alphabet Inc.’s revenue growth is slowing down, but the lack of details about its business still doesn’t seem to be changing.

The Google parent company GOOG, -8.05% GOOGL, -8.27% reported first-quarter results Monday that showed revenue of $29.5 billion after traffic-acquisition costs, lower than analysts had expected. Overall sales growth for Alphabet slowed to 16.7%, or 18.6% when factoring in TAC, the slowest rate for the online-advertising giant since the fourth quarter of 2015.

For a typical company, an investor could poke through the different segments and find the businesses that have contributed most to the slowdown, then decide if that was scary enough for them to drop the stock. Executives would then be asked specific questions about those segments on a conference call, and respond with more information that would be helpful in making the decision.

Alphabet, though, is not a typical company. It combines all of its advertising revenue — including its massive search business and its large and influential YouTube business — into one completely opaque revenue bucket that dominates its financial performance. It bundles a hardware division, its app store and its Google Cloud enterprise-tech arm, three incredibly disparate businesses, into a single entity that never is separated into its different parts. It bundles everything else into “Other Bets,” a collection of young, money-losing businesses.

Forthcoming executives aren’t Alphabet’s style either. During the company’s conference call with analysts Monday, currency fluctuations and the timing of ad-product changes that were never described were the excuses executives attempted to make. There were a few references to Alphabet’s very strong fourth quarter, where the “tough compare” language starting to emerge. The company sparingly referenced issues with its Pixel smartphone, due to tough competition in the premium smartphone market, but few details emerged there as well.

“Hardware results reflect lower year-on-year sales of Pixel reflecting in part heavy promotional activity industrywide given some of the recent pressures in the premium smartphone market,” Alphabet Chief Financial Officer Ruth Porat said in what passes as disclosure in a Google earnings call.

Other revenue for Google was $5 billion, up 25% year over year, fueled by Google Cloud and the Google Play Store and “partially offset by hardware,” she noted. But it isn’t clear how much each of those businesses contributed to the overall $5 billion. One analyst asked when investors might look for Alphabet to start breaking out its Cloud business revenue or even its growth rate. Executives said they would share more information at “an appropriate time.”

Another analyst asked if Alphabet would consider exiting the hardware business, noting that there are some “concerns that it’s just not getting off to a really strong trajectory” and compared Google’s efforts in hardware to Microsoft’s ill-fated moves in the smartphone business. Google Chief Executive Sundar Pichai would only say that Google’s commitment to hardware is “very strong,” so that the company’s “services are presented to users in the way that we intended them to be.”

One service, beyond the company’s core advertising and search, that continues to raise questions among analysts is YouTube. Alphabet is still not reporting YouTube as a separate business with its own revenue, even though some analysts have estimated its revenue as surpassing $13 billion last year. Porat even noted in her remarks that, “In terms of dollar growth, results were led again by mobile search, with a strong contribution from YouTube, followed by desktop search.”
A “strong contribution,” would seem like a reason to provide more details for investors, as the Securities and Exchange Commission suggested last year before ultimately backing down.

Alphabet’s earnings reports and conference calls seem to be becoming more devoid of information each quarter. Investors stomach that type of stonewalling when the numbers are good, but Alphabet shares fell, and then fell some more Monday afternoon, ending the extended session down more than 7%.

Investors should be worried about Alphabet’s slower growth, and whether this was the beginning of a new growth rate lower than the 20% base that has been the norm for Google for almost four years. But they shouldn’t expect Alphabet management to provide any insight.

Shares were down 7.7% premarket Tuesday.

Another Canadian pot stock is headed for a U.S. exchange