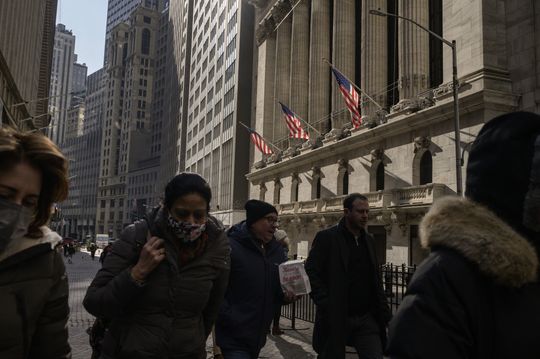 Fear is in the air, with global equities bouncing around and havens on the rise as investors enter a decisive week that could bring a war or regional conflict to Europe, if Russia can’t be persuaded to back off a Ukraine invasion.

Wall Street is off to a mixed start, but a losing day would carry on what was seen late Friday, when investors appeared to reach a breaking point over geopolitics, multidecade high inflation, 10-year yields at 2% and fears the Federal Reserve will make a policy mistake.

Judging by this chart from Deutsche Bank, from a survey completed before Friday’s meltdown, investors hadn’t quite been pricing in Ukraine worries. 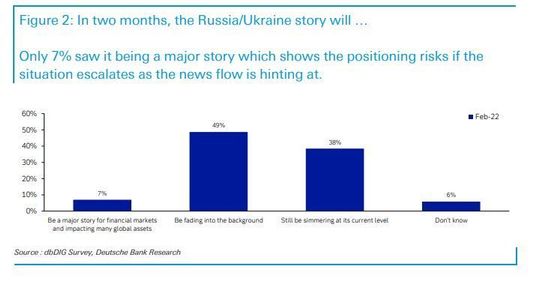 Here’s another chart that shows where those 430 global respondents to Deutsche Bank’s February survey see stocks ending this year — that is, barely positive, but still a rally from here: 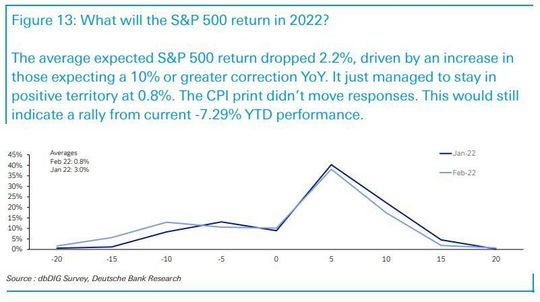 Over the weekend, Goldman Sachs rolled out its own fresh S&P 500 year-end forecast, dropping that to 4,900 from 5,100, which is still 11% higher than where prices closed Friday.

“The macro backdrop this year is considerably more challenging than in 2021. However, we continue to expect that equity prices will rise alongside earnings and reach a new all-time high in 2022,” said a team led by chief U.S. strategist David Kostin, in our call of the day. 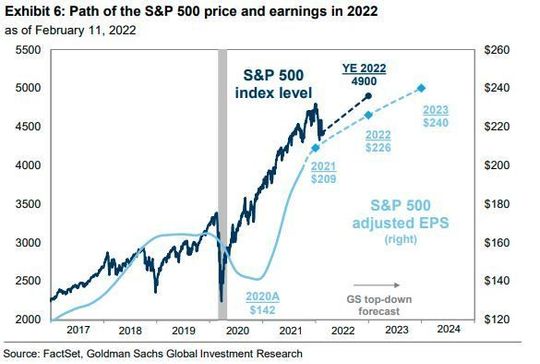 Over the last 50 years, a “Goldilocks” environment of rising gross domestic product and stable real yields has led to a 16% return for the S&P 500, the Goldman team noted. But when growth is slowing and yields are rising, that gain is pared to 8%. The team’s new forecast implies a 4% return for 2022 — “modestly below the historical average.” 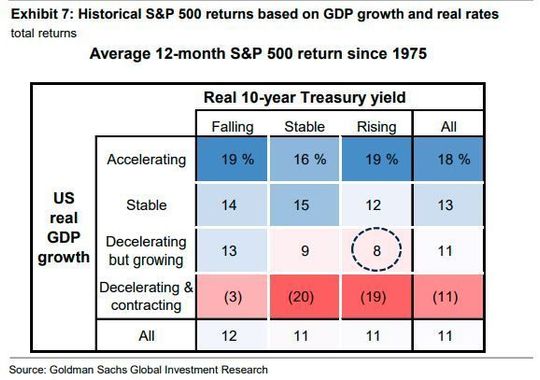 There are caveats here though, as the team admitted “uncertainty abounds regarding the path of inflation and Fed policy.”

Kostin and the team see two-sided risks to their baseline S&P 500 forecast, but “with a larger downside tail,” and offered up three alternative scenarios for stocks apart from that baseline view: 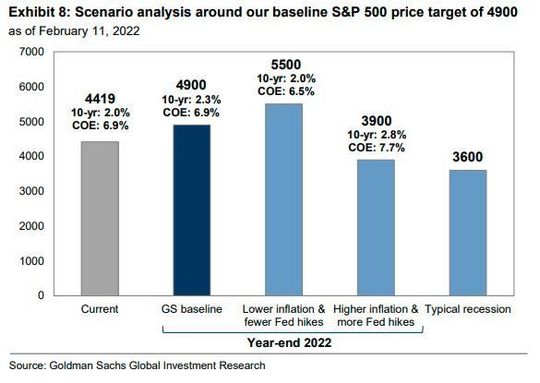 As for sectors they like, Kostin and the team expect cyclical sectors, led by energy, to see continued margin recovery. Industrials and consumer discretionary may see margin expansion, but are at risk from supply-chain problems and a tight labor market. Technology and communications services will see margin contraction in 2022, with companies having to shell out on hiring and retention, research and development, and other operating expenses, they said.

Splunk shares SPLK are surging on reports of a $20 billion takeover offer from Cisco Systems  CSCO for the data analytics software company.

NIO NIO shares are falling, after Chinese data showed a drop in sales, with Tesla TSLA stock also down after that update.

While COVID-19 restrictions ease up globally, New Zealand and Hong Kong are being overwhelmed by cases, and scientists are warning over what the next mutation could bring.

A crucial U.S.-Canada border crossing reopened late Sunday, after being closed for nearly a week due to protests over COVID-19 restrictions.

UCB races to regulators after $2.5B rare disease bet delivers data for attack on AstraZeneca and argenx