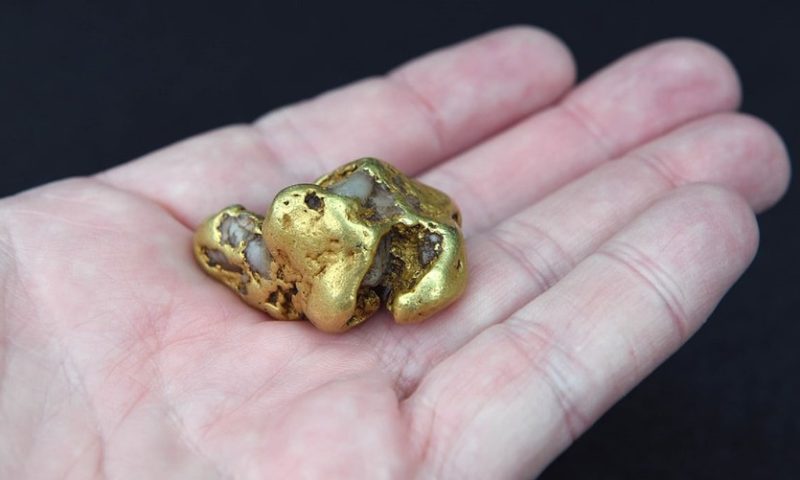 Palladium futures resume their rise, finish at a fresh record

Gold settled higher on Tuesday, with the dollar on track to end its stretch of eight straight wins.

The yellow metal had ended Monday with a 0.5% loss as the leading dollar index traded at its highest levels since December, cutting demand for investors buying precious metals using currencies other than the U.S. unit.

The ICE U.S. Dollar Index DXY, -0.02% a measure of the U.S. currency against a basket of six major rivals, was down 0.4% at 96.675 as gold futures settled, with investors turning their attention to details in the U.S.-China trade spate.

Market action was also limited by the absence of Chinese participation over last week’s Lunar New Year holiday, as shown in this tweeted chart from the World Gold Council.

Investors were also looking ahead to any potential results from the resumption of U.S.-China trade talks this week. U.S. President Donald Trump said last week that he had no plans to meet with Chinese President Xi Jinping before a March 1 deadline to achieve a trade deal. U.S. tariffs on $200 billion worth of Chinese imports are set to increase to 25% from 10% at 12:01 a.m. Eastern Time on March 2, if the two sides cannot reach a deal.

Gold has gained more than 2% since the end of last year based on the most-active contract as uneasy trade progress, grouped with a series of global growth downgrades and an expected pause in Federal Reserve rate-hike policy sent investors to seek cover in lower-risk pockets of the financial markets.

“The dovish tone from the Fed may drive a more bullish case for gold, silver, and platinum over the next 12 months. This bullish case accounts for zero rate hikes this year by the Fed, which is the current consensus being priced by fixed-income markets. In fact, markets are currently pricing in the probability of a rate cut by year end,” said Maxwell Gold, director, investment strategist, with Aberdeen Standard Investments, in his February note to clients.

“These accommodative comments by the Fed have essentially put a cap on real interest rates as well as the dollar rally from 2018. Gold historically performs well when real rates are below 2% and real rates have retreated back below 1% in recent weeks,” he said.

The key market drivers for palladium “remain much the same,” economists at Focus Economics wrote in a monthly report released Tuesday. “Supply is constrained, with substantial supply deficits forecast for this year and next. At the same time, demand is robust despite recent signs of waning global economic momentum.”