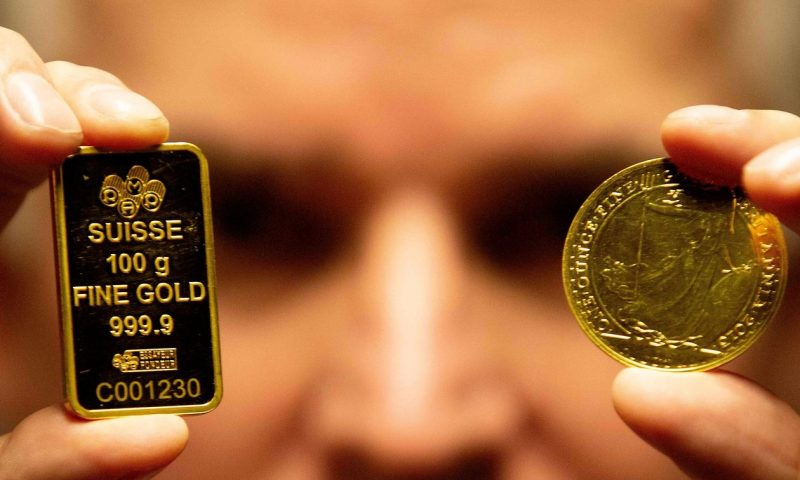 Gold futures scored a partial rebound on Thursday, day after rising U.S. bond yields prompted the metal, which doesn’t offer a coupon, to post its first loss in six sessions.

Commodity dealers are betting that the longer-term outlook for gold is higher, with a Democratically controlled Congress likely to champion greater government spending to reflate the economy which is bullish for gold prices.

Congress worked through the night to certify Democrat Joe Biden as the winner of the presidential election, and “with the Georgia run-off going the way of the Democrats for both seats, this theoretically opens the door to a stronger stimulus programme than hitherto,” said Rhona O’Connell, head of market analysis, EMEA and Asia, at StoneX.

However, gold and silver prices traded well off the peak prices seen on Wednesday “in what looks very much like ‘buy the rumour, sell the fact’,” trade, she said in Thursday commentary.

Overall, “the gold market is caught deep inside ‘no man’s land’,” said Edward Moya, senior market analyst, at Oanda, in a market update. ” One session gold is lower as yields rise alongside with the dollar, then the next one has gold bouncing back on the reflation trade.”

A “blue wave” was supposed to “propel gold higher, he said. Democrats Jon Ossoff and Raphael Warnock won both Senate runoff races in Georgia, giving the party control of the Senate and easing the path for President-elect Biden’s appointments and legislative agenda.

Meanwhile, “excessively bearish dollar positions are getting covered and that will be a short-term headwind,” said Moya. The ICE U.S. Dollar Index DXY was up 0.3% in Thursday dealings, weighing somewhat on dollar-denominated gold prices.

Wednesday’s slide for precious metals came as the 10-year Treasury yield note TMUBMUSD10Y, 1.102% hit a peak near 1.06%, marking its highest level since March. Higher yields can undercut appetite for safe-haven gold, which doesn’t offer a coupon.

The yield on Thursday topped Wednesday’s peak, which may have drawn some demand away from gold and silver.

Comments from Philadelphia Federal Reserve President Patrick Harker on Thursday, may have contributed some support for the haven precious metals. Harker expects to see a “significant slowdown” and possibly even “negative growth” in the first quarter of this year.