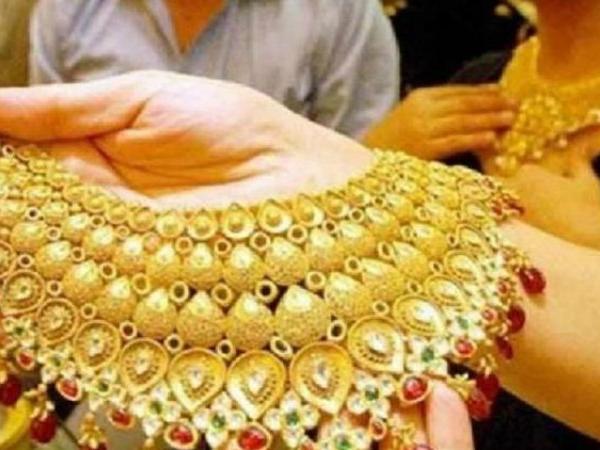 Asian shares gained in line with a jump on Wall Street with the Dow Jones Industrial Average rocketing more than 1,000 points for the first time on Wednesday.

Gold inched higher on Thursday as global growth worries and volatility in stock markets boosted demand for the safe-haven metal, but gains were capped by a sharp rebound in equities. Spot gold was up 0.1 percent at $1,268.21 per ounce as of 0823 GMT, after hitting its highest since June 19 at $1,279.06 in the previous session.

US gold futures fell 0.2 percent to $1,271 per ounce. “Gold prices are primarily getting support on the back of safe-haven buying due to concerns about the health of the global economy and heightened volatility in risk assets,” said Sugandha Sachdeva, vice president of metals, energy and currency research at Religare Broking Ltd.

However, upbeat US data and signs of easing trade tensions between Washington and Beijing limited demand for the metal. Robust sales during the US holiday shopping season indicated consumer confidence was not entirely dented by recent volatility in the US stock markets, while media reports that a US trade team will travel to Beijing to hold talks with Chinese officials soothed investor nerves.

Asian shares gained in line with a jump on Wall Street with the Dow Jones Industrial Average rocketing more than 1,000 points for the first time on Wednesday. The greenback was a shade weaker versus a basket of major currencies on Thursday, weighed down by a partial US government shutdown, making gold cheaper for holders of other currencies.

US President Donald Trump said on Wednesday he is prepared to wait as long as it takes to get $5 billion from taxpayers for his US-Mexico border wall, a demand that has triggered a partial shutdown of the federal government that is now in its fifth day with no immediate end in sight. “Gold has been tracking steadily higher through December,” traders at MKS PAMP said in a note.

“On the low side, there appears to be good support at $1,265 and we expect plenty of buying interest around the 200-day moving average at $1,251.” SPDR Gold Trust, the world’s largest gold-backed exchange-traded fund, said its holdings rose 2.05 percent to 790.02 tonnes on Wednesday from 774.14 tonnes on Monday, indicating improved investor appetite for gold.