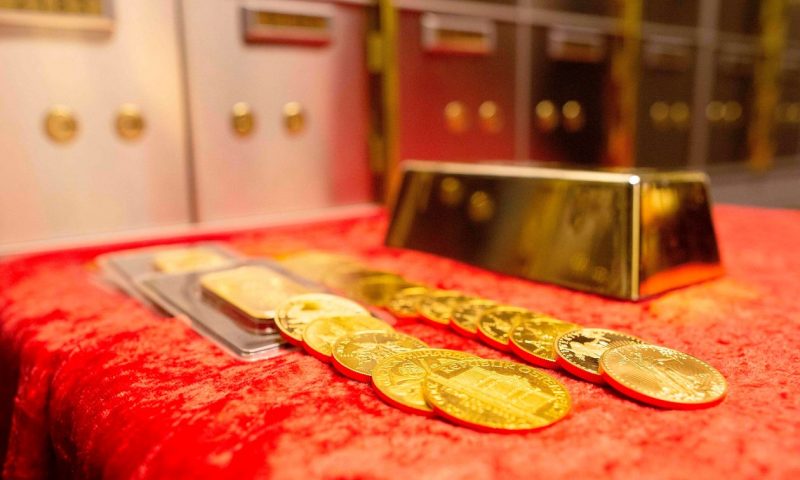 Gold futures were slightly higher early Thursday, supported partly by a decline in the U.S. dollar as investors awaited comments on the world economy from Federal Reserve Chairman Jerome Powell around noon.

However, gold has been in a slight uptrend of late, set to rise in four of the past five sessions, if its gains hold on the day.

“One of the main drivers of the recent sell-off in gold has been the ongoing rise in US Treasury yields as the market continues to price in the inflationary effect of the US fiscal and monetary largesse,” wrote Nick Cawley, strategist at DailyFX.com.

Powell will give a speech on the world economy at 12 p.m. Eastern at the annual spring meetings of the International Monetary Fund and World Bank in Washington, which could move bullion prices. The comments from the Fed chair come a day after the release of minutes from the Fed’s March 16-17 policy meeting on Wednesday.

The account of that March meeting show that it would be “some time” before the Fed started tapering its asset purchases, a decision that would hinge on the realization of substantial further progress toward the Fed’s inflation and employment goals.