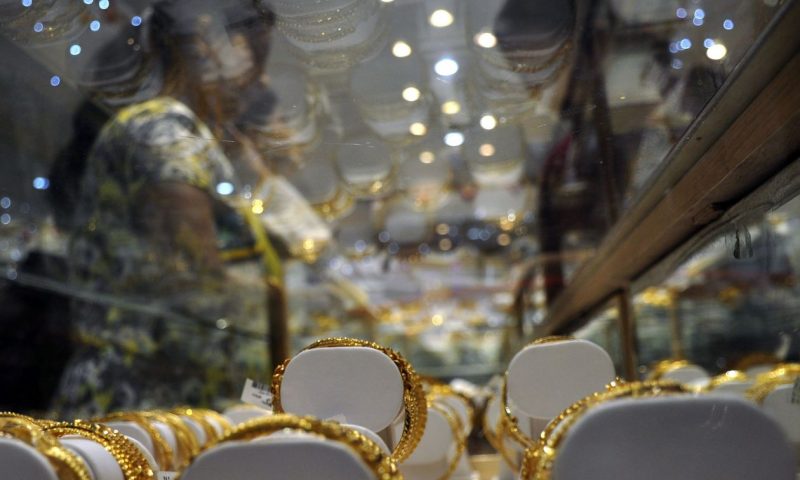 Gold futures ended higher Tuesday, with data showing U.S. consumer prices in March rose for the fourth month in a row and the pace of inflation hit the highest level in 2½ years lifting the metal’s appeal as a hedge against inflation.

The consumer-price index jumped 0.6% in March, the government said Tuesday, spearheaded by the rising cost of oil. Economists polled by Dow Jones and The Wall Street Journal had forecast a 0.5% increase in the CPI. The 12-month rate of inflation rose to 2.6% in March from 1.7%.

The reading “came in slightly over expectations, an indication that the U.S. economy is heating up a bit more than expected,” Jason Teed, co-portfolio manager of the Gold Bullion Strategy Fund QGLDX, +0.80%, told MarketWatch.

He pointed out that much of inflation pressure came from rising gasoline prices and that core inflation was more muted. “These changes are largely expected to be temporary by economists leading to an unadjusted stance” from the Federal Reserve, said Teed, who is also director of research at Flexible Plan Investments Ltd.

Overall, “gold is responding positively to the news, but short-term price movements in the metal are not an indication of long-term trends,” he said.

“Inflation will probably pick up further and the numbers for the next few months may appear abnormally large as base effects from the 2020 lockdowns skew the data,” wrote Fawad Razaqzada, market analyst at ThinkMarkets, referring to distortions in monthly inflation figure that results from abnormally high or low levels in the year-ago period.

“The Fed expects inflation to then settle down after a temporary acceleration. However, the key risk is if their assumption turns out to be wrong, and price pressures remain elevated. In fact, with consumers’ inflation expectations rising, this is could translate to actual rise in price levels,” he said.

The move for gold on the session thus far also comes as bond yields, which compete against gold for haven demand, moved lower after the inflation data.

The 10-year Treasury note TMUBMUSD10Y, 1.628% was down 3.9 basis points at around 1.63% after CPI. A decline in bond yields tends to make gold more compelling to investors because precious metals don’t offer a coupon.