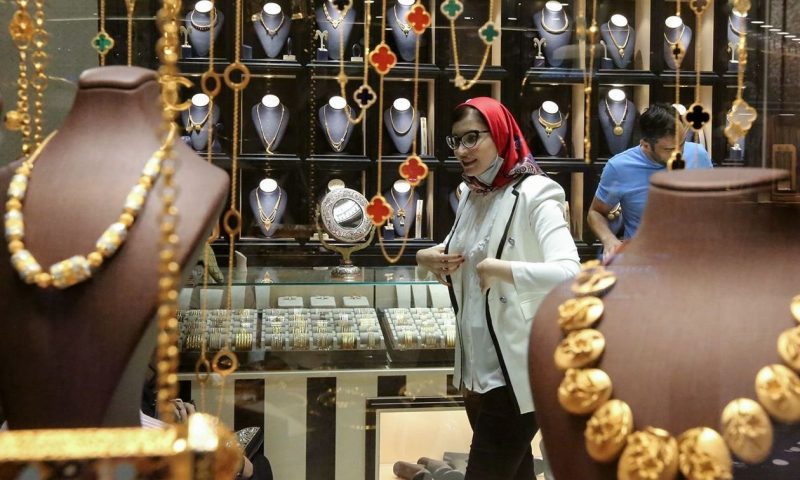 Gold futures finished higher on Monday, with prices for the haven metal getting a strong lift from progress toward another coronavirus aid package and the further spread of COVID-19 in the U.S.

Prices for the metal moved up “on some value shopping & hope that stimulus negotiations result in another $1T deal, which is just more added debt insuring the FOMC keeps interest rates low for the end of time,” Jeff Wright, executive vice president of GoldMining Inc., said in a tweet Monday. A bipartisan group of senators was expected to unveil the legislation behind its $908 billion stimulus plan as early as Monday.

The February gold futures contract has managed to trade over the 200-day moving average of $1,823.40 an ounce, helping to feed bullish sentiment for the yellow metal, Chintan Karnani, chief market analyst at Insignia Consultants, told MarketWatch.

A breakdown in talks on Brexit between the UK and Eurozone and a rise in coronavirus cases in the U.S. also contributed to gold’s gain on Monday, he said.

In the U.S., Dr. Deborah Birx, the White House’s coronavirus response coordinator, warned on Sunday that the coronavirus surge “is the worst event that this country will face,” as hospital systems are overrun.

COVID-19 has “only worsened the outlook for ultralow interest rates, massive government deficits, and weak global growth,” Adrian Ash, director of research at BullionVault, told MarketWatch. “While gold may struggle to repeat this year’s record inflows, investors using precious metals to diversify their portfolio have good cause to retain their exposure as 2021 begins.”

Gold traded lower in early dealings Monday as the U.S. dollar staged a modest rebound from its lowest levels since 2018, prompting a brief pause in the dollar-denominated metal’s rise from a five-month low at the end of November.

The ICE U.S. Dollar Index DXY, 0.09%, a measure of the buck against half-dozen currencies, climbed to as high at 91.238 in Monday dealings. It was up 0.2% at 90.882 as gold futures settled. Some of the rebound for the greenback came as the British pound GBPUSD, -0.19% plunged against dollars amid an impasse in Brexit negotiations, and as the euro EURUSD, 0.04% softened.