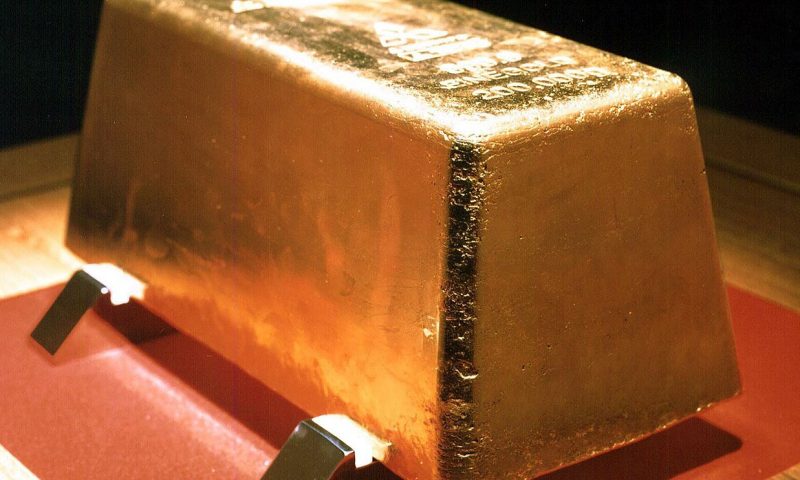 Silver futures up over 3% to erase week-to-date loss

Gold futures climbed on Thursday to their highest finish in three weeks as investors digested an economic report on the U.S. labor market, which highlights a growing sense of the challenge the economy may face in recovering from the COVID-19 pandemic.

U.S. unemployment data showed that those seeking jobless benefits rose 2.98 million in week ended May 9. The number is higher than consensus estimates from economists polled by MarketWatch for 2.7 million, but indicates that applications for unemployment compensation peaked at a seasonally adjusted 6.9 million in late March and has fallen steadily over the past month.

Gold had found support from comments from Federal Reserve Chairman Jerome Powell who on Wednesday described the path forward for the domestic economy from the deadly pathogen as uncertain, though the central-bank boss appeared to reject the idea of pushing its policy interest rate, which stand at a range between 0% and 0.25%, to subzero levels, which would support bullion prices.

“Gold saw plenty of activity on Wednesday around Powell’s appearance and even managed to cling onto some of those gains despite his insistence that negative rates is not something they’re considering,” wrote Craig Erlam, senior market analyst at Oanda.

The same Fed monetary policy and U.S. government relief packages “may potentially set the stage for a resurgence in inflation. Gold, too, is known as an effective hedge against inflation,” he told MarketWatch.

Gold bears may take some heart in the number of U.S. unemployment claims decelerating, which could take some of the shine off the metal. However, gold bulls are still upbeat on the outlook for the metal, as many investors view the current environment as analogous or worse than the 2007-08 financial crisis, which rocked global markets.

“If a similar pattern is to be repeated, then the precious metal can hit $3,500 and even $4,000 in the coming three years.” wrote Hussein Sayed, chief market strategist at FXTM, in a daily research report.

“While history does not necessarily repeat itself, there are so many ingredients to see gold marching higher,” he said.

Oil futures up sharply, with U.S. prices near a 6-week high