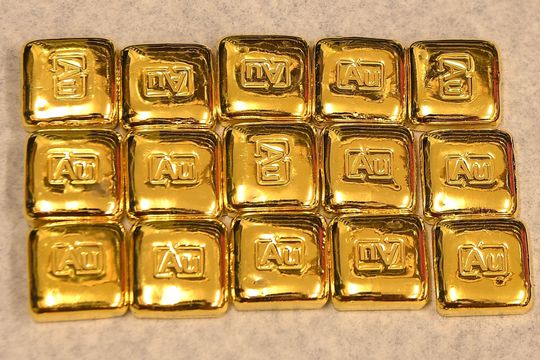 Gold futures inched higher in Monday dealings, finding some support from a retreat in global stock markets, but a rise in bitcoin and some strength in the U.S. dollar and Treasury yields served to limit price gains for the precious metal.

“Continued strength in bitcoin, which climbed above the $62,000 level for the first time since April, has been a notable source of pressure on the precious metals,” analysts at Zaner wrote in a daily report Monday. “The dollar was stronger and Treasury rates increased, adding additional pressure.”

Also, “lukewarm” Chinese economic data overnight and growing market acceptance that the Federal Reserve will begin tapering its bond purchases by the end of the year have weighed on the markets as well, they said.

The price move for bullion comes even as stocks around the globe were slumping, including most U.S. benchmark stock indexes, as investors struggled with the reality of higher inflation and uneven economic expansion.

Read: Global growth outlook is darkening just as the next major U.S. inflation report is about to land

The economy of one of the biggest buyers of gold also revealed further evidence of its retrenchment, weighing on precious metal values. GDP data on Monday showed that China’s economy grew 4.9% in the third quarter from a year prior, down steeply from the second quarter’s 7.9% rate.

The gold market has had a significant selloff following its failure to clear the psychologically and technically strong level of $1,800 “with the price also breaking out of the lower band of its bullish channel,” wrote Pierre Veyret, technical analyst at ActivTrades in a note.

He said the dynamic for gold was now bearish, with the next support level between $1,757 and $1,731, based on technical analysis.

Trading in precious metals come as the 10-year Treasury note yield TMUBMUSD10Y, 1.599% was staging a new assault on 1.6%, around its highest level since June. The U.S. dollar was advancing by nearly 0.1% as measured by the ICE U.S. Dollar Index.

Rising yields can undercut appetite for nonyielding gold and a stronger dollar can make the dollar-pegged asset comparatively more expensive to overseas buyers.

Protalix reaches agreement with FDA on Fabry data package, but resubmission of PRX–102 could be years out