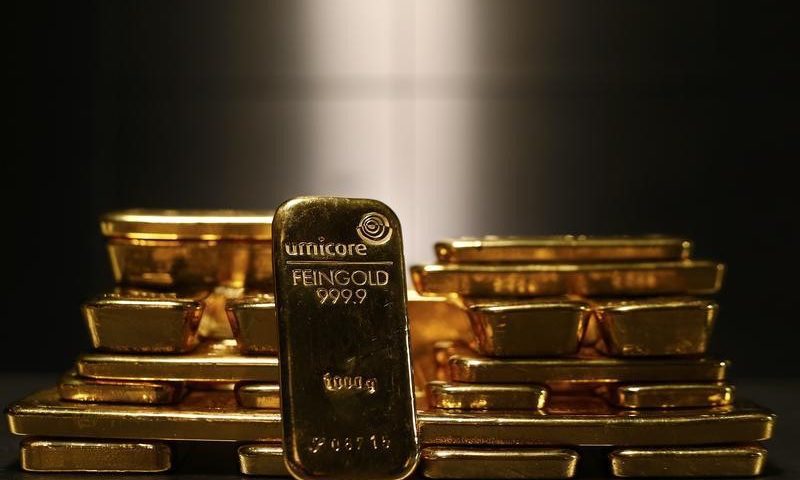 An anemic Wall Street remains gold’s best hopes for a rally toward $1,300, although heightened trade war rhetoric and a potential Democratic victory in the U.S. midterm elections could also be drivers for the yellow metal, which on Friday posted a fifth-straight week of gains.

The dollar , a contrarian bet to gold, gained 0.3%, weighing on the precious metal.

Since Sept. 21, gold has ended each week higher, posting a cumulative 3.5% gain for the past five weeks.

Despite the threat of higher interest rates, with the Federal Reserve signaling this year’s fourth hike in December, gold has managed to stay above the $1,200 level that’s critically important for the psyche of market bulls.

October’s rout in U.S. and global stocks and the on-again-off-again trade talks with China have bolstered the yellow metal’s appeal as a safe haven, analysts say.

“I think those are the main things that will get us to the next price level – a weak Wall Street and the U.S. China rhetoric,” said Tom Beller, market strategist for precious metals at RJO Futures in Chicago. He expects gold to take a crack at $1,270 next, if it gets past immediate resistance at $1,246.

Some investors are also getting into gold as a hedge against a possible Democratic victory in U.S. midterm elections next Tuesday. Such a setback for the Republicans could place severe challenges to president Trump’s remaining tenure in office.

“A Democratic win, to me, could be the biggest driver of gold that few have been hedging for,” said Walter Pehowich, executive vice president at Dillon Gage Metals in Addison, Texas.