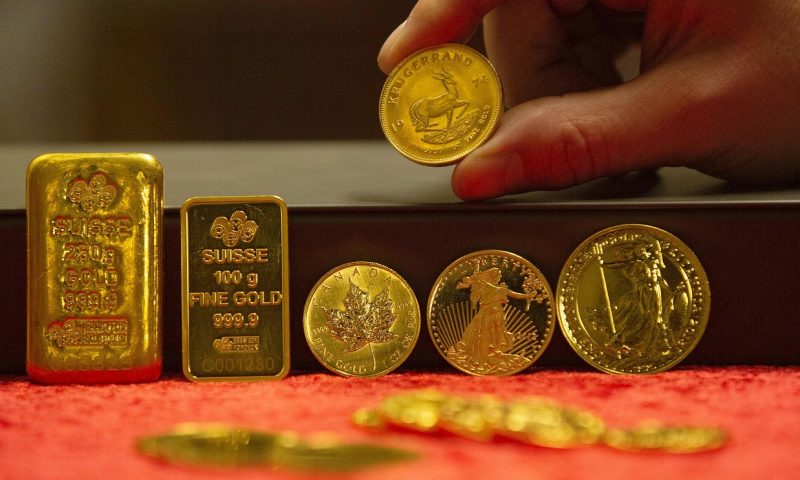 Gold futures climbed on Wednesday to register a second straight finish above the $1,700-an-ounce mark, as traders weighed the outlook for economic growth and the prospects for negative U.S. interest rates to gauge the precious metal’s next big move.

Speaking Wednesday in a webcast hosted by the Peterson Institute for International Economics, Federal Reserve Chairman Jerome Powell said the U.S. economic outlook was “both highly uncertain and subject to significant downside risks.” However, he also said the Fed was not looking at negative interest rates as part of the monetary policy toolkit, arguing that its track record was mixed.

President Donald Trump had tweeted Tuesday that he favored a fall in U.S. interest rates into negative territory.

“This is of special interest to precious metals traders as the knock on investing in gold has been that it offers investors no dividend,” explained Jim Wyckoff, senior analyst at Kitco.com, in a daily note. “Interest rates at or below zero would work to eliminate the ‘opportunity cost’ associated with owning precious metals.”

Prices for gold got a boost in the wake of the release of data Wednesday showing that the wholesale cost of U.S. goods and services sank 1.3% in April, the largest decline on record, as the coronavirus pandemic cratered demand.

“Gold remains intractably near the $1,700 per ounce. Increased flight to safety and falling U.S. yields give support to the yellow metal below the $1,700 mark, but at the current levels, investors doubt about the gold’s hedging capacity against a renewed panic selloff across risk assets,” said Ipek Ozkardeskaya, analyst at Swissquote, in a note.

“In case of strong market headwinds, however, we are confident that the gold price could make that jump to the $1,800 level without too much hesitation,” the analyst said.

Meanwhile, Jameel Ahmad, global head of currency strategy and market research at FXTM, told MarketWatch that “something will have to give for [gold] to charge in one direction or the other,” and “one can only hope that in hypothetical event that gold prices do challenge” more than seven-year highs “that is it not because eased restrictions lead to fresh waves of disease infections.”

“Investment demand continues to prop up prices with gold ETF holdings increasing for the 13th straight day [Tuesday] bringing this year’s net purchases up to 14.5 million ounce,” analysts at Zaner Metals wrote in a daily note. “Unfortunately for the bull camp, the trade logically sees the threat against physical demand dominating over the slow and steady rise in investment demand.”

A combo of fasting plus vitamin C is effective for hard-to-treat cancers, study shows

This ‘new threat’ to the U.S. economy flies in the face of conventional wisdom