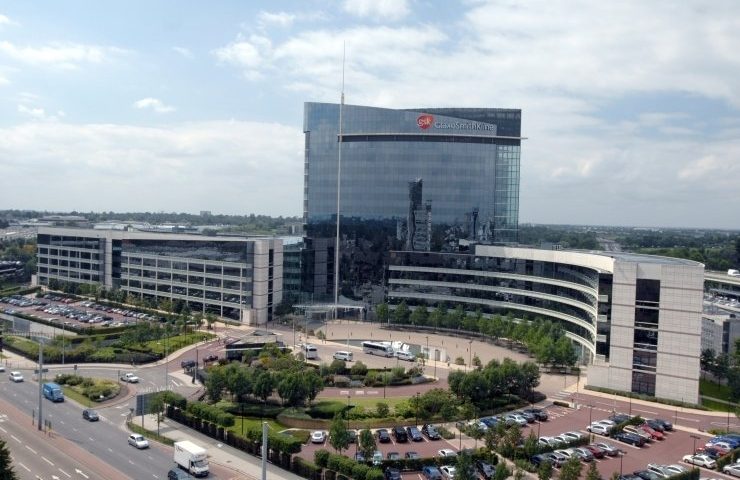 GlaxoSmithKline is making its first major foray into treating the fatty liver condition known as nonalcoholic steatohepatitis (NASH) as it pens a $1 billion asset pact with Arrowhead Pharmaceuticals.

The deal centers on Arrowhead’s experimental early clinical-stage RNAi therapy ARO-HSD, which is targeting HSD17B13, a member of the hydroxysteroid dehydrogenase family involved in the metabolism of hormones, fatty acids and bile acids, with the focus squarely on NASH.

The disease—which affects millions of people in the U.S. alone with the condition predominately coming from obese patients or those with Type 2 diabetes—causes a buildup of fat in the liver which can eventually lead to scarring and, in some cases, severe liver damage, liver failure and even death.

NASH is, however, a high-risk venture: It could generate blockbuster sales for the company that gets it right, but poor efficacy, notably in monotherapies, and safety worries have scuppered and set back a host of NASH programs across the industry in recent years.

Speaking to Fierce Biotech ahead of the deal, Christopher Anzalone, Ph.D., Arrowhead president and CEO, said he believes one of the reasons others have failed in this space is the focus on hitting liver fat, often at the expense of also stopping fibrosis.

“Many previous approaches that focused on the liver fat side of the equation have been unsuccessful, and ARO-HSD is a novel way to potentially address the fibrosis side,” he explained. “In addition, the genetic data suggest that ARO-HSD may have the potential to address multiple other fibrotic liver diseases.”

These could include alcoholic hepatitis, cirrhosis and NASH, “so it is possible that GSK may study other diseases in the future,” Anzalone added.

Using RNAi is a relatively new approach, though one also being taken in early trials by Alnylam—the RNAi leader and one-time close rival of Arrowhead—and partner Regeneron, which have their candidate ALN-HSD in a phase 1 test.

With such a big investment, though heavily backloaded, GSK will hope to have better luck than most of its peers in the NASH space, while equally hoping things will pan out better than the cancer pact it had with Germany’s Merck, where the pharma put more than $4 billion on the table only for the whole project to blow up in its face.

The financials of the new deal break down like this: Arrowhead grabs an upfront worth $120 million from the British Big Pharma and is in line for an extra $30 million for the start of a phase 2 trial and another $100 million if this is successful and leads to a phase 3.

There’s another $780 million locked in for sales and other milestone payments, with royalties also thrown in should the drug reach the market. Arrowhead will, however, maintain rights to develop and sell the drug in China.

Anzalone said on China that: “We are looking at ways to maximize the value of all of our assets and we believe the opportunities in China are not currently appreciated. Similar to the U.S., NASH rates among adults in China are considerably high, with estimates of 2% to 6%of the adult population. Given the significant need of the population, we believe that there is considerable opportunity in that region.”

He wouldn’t name names on who else may have been interested in the drug, saying only that his team “ran a competitive process that included multiple potential partners for this asset” and in the end, he said, GSK had “the infrastructure and capabilities best suited” to work on and sell the drug.

This is another nice deal for Arrowhead, which is revitalizing its business after a catastrophic failure five years ago saw it throw out work on its leading platform and led to it having to largely reset after major layoffs.

Since then, however, it has signed a series of deals with the likes of Takeda and Horizon Therapeutics, though, in the summer, it stopped an early-stage cystic fibrosis study after a rat study triggered lung inflammation concerns.

AstraZeneca, after years of delays and spiraling costs, opens Cambridge R&D site. Will the bet pay off?