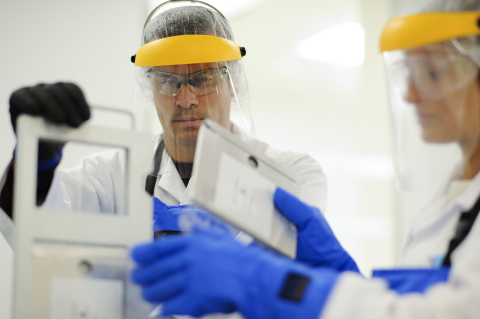 After a quick pit stop at Verastem Oncology, Frank Neumann, M.D., Ph.D., has landed at Gilead Sciences’ Kite Pharma, where he will lead clinical development in blood cancers and solid tumors. His move follows a two-week tenure as Verastem’s chief medical officer, a post he left to work on cell therapy R&D.

He will take over from Ken Takeshita, M.D., the company’s global head of clinical development, who will leave at the end of February to “pursue another opportunity,” Kite said in a statement.

“Since my early work in cell therapy, I have been fascinated by its potential for patients living with cancer,” Neumann said in the statement. “To watch Kite bring cell therapy from clinical development to commercial use has been more then inspiring, and I am tremendously excited to join the company as it seeks to expand into new indications, bring cell therapies into earlier lines of therapy, and drive innovative new therapies for the benefit of patients in need.”

Neumann arrived at Verastem from bluebird bio in early January to oversee the clinical development and regulatory strategy of treatments targeting cancer-driving genes, such as RAF, MEK and FAK. But two weeks later, Verastem announced his departure and desire to work on a different kind of cancer treatment.

“Given my respect for the people and leadership at Verastem and the truly exciting data and strategy I have seen, this decision to leave is difficult and based solely on continuing my work in cell therapy,” Neumann said in a statement when he left Verastem.

At bluebird, he had been head of oncology clinical development, working on programs in blood cancer and solid tumors from preclinical work to IND submissions. Before bluebird, he held various roles at Takeda, where he led teams working on cancer drugs Iclusig and Ninlaro and headed clinical development for the company’s cell therapy approaches from proof of concept to phase 1.

Verastem is no stranger to top level walkouts: Robert Forrester resigned as CEO of Verastem back in the summer of 2019, as it looked for a successor for Forrester with commercial chops. This came in the guise of Brian Stuglik, the Eli Lilly veteran who sat on Verastem’s board of directors.

Forrester himself replaced Christoph Westphal as CEO of Verastem in 2013 and guided the company through a turbulent period defined by the failure of its lead candidate and subsequent regrouping around AbbVie castoff duvelisib.

Verastem eventually won FDA approval for the PI3K inhibitor, setting it up to challenge Bayer’s Aliqopa and Gilead’s Zydelig in leukemia and lymphoma indications. But in 2020, the biotech decided to sell off the drug, known as Copiktra, to Secura Bio for up to $311 million plus royalties.