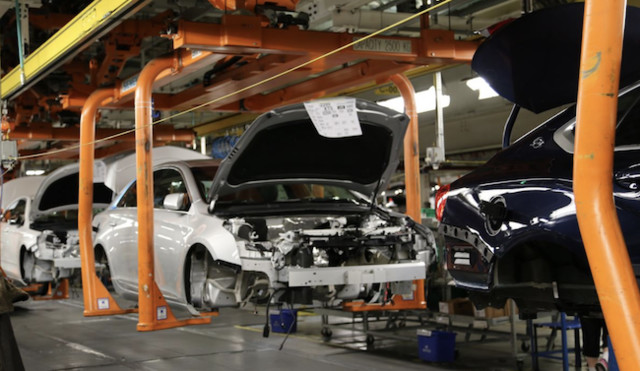 The head of Canada’s largest autoworkers union wants Prime Minister Justin Trudeau to borrow a page from the U.S. president’s playbook and get tough with General Motors, Trump-style.

Unifor president Jerry Dias is in Washington to try to enlist allies at the Canadian Embassy. He wants to reverse GM’s decision to slash more than 2,500 jobs at the company’s plant in Oshawa, Ont.

Dias says it’s time for Canada and the United States to join forces and form a united front against the company, which is also cutting 3,300 production jobs south of the border, as well as 8,000 salaried workers.

He says it’s clear that GM is moving its manufacturing work away from both countries and that job losses will only continue unless both governments turn to tariffs on foreign exports to reverse the trend.

Trump has already put GM on notice that he will withdraw all U.S. subsidies for GM unless it backs off on the cuts, although he hasn’t offered many details.

Dias says the new U.S.-Canada-Mexico Agreement, which is to be signed by all three countries this week at G20 meetings in Argentina, could be in jeopardy from the cuts, which are aimed at saving General Motors US$6 billion by the year 2020.