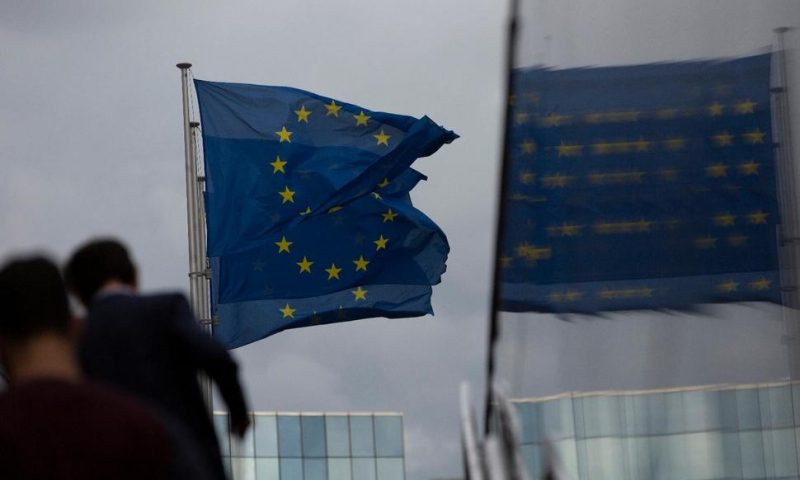 German authorities say the country’s exports to Britain dropped 4.6% in the first seven months of 2019 compared with a year earlier, continuing a downward trend since British voters chose to leave the European Union in 2016.

LONDON — THE Latest on Brexit (all times local):

German authorities say the country’s exports to Britain dropped 4.6% in the first seven months of 2019 compared with a year earlier, continuing a downward trend since British voters chose to leave the European Union in 2016.

The Federal Statistical Office said Monday that Germany exported goods worth 47.1 billion euros ($52 billion) to the U.K. between January and July. British exports to Germany were worth 21.3 billion euros — a 3.7% decline in year-on-year terms.

In the January-July period, Britain was Germany’s No. 7 trading partner overall. In 2015, the year before the Brexit referendum, it was No. 5. The statistics office said that German exports to Britain climbed steadily from 2010 to 2015 but then dropped. It said exports of cars and auto parts have declined strongly.

The British government says it will deliver its annual budget on Nov. 6, a week after the country is due to leave the European Union.

Treasury chief Sajid Javid said “the first budget after leaving the EU” will set out “our plan to shape the economy for the future.”

It’s unclear, however, whether the U.K. will leave the EU as scheduled on Oct. 31. Talks on a last-minute divorce deal are continuing, and Prime Minister Boris Johnson says the country will quit the bloc at the end of this month, with or without a withdrawal agreement.

But lawmakers in Parliament say the government must ask the EU to delay if a no-deal Brexit is the only other option.

Ireland says that a Brexit deal may be possible in the coming days, after technical teams from Britain and the European Union worked through the weekend.

Coveney insisted it was essential to give the negotiators time to iron out the remaining difficulties which largely center on the border between Ireland and the U.K.’s Northern Ireland.

He added that “there is still a lot of work to do.”

EU leaders will meet on Thursday and Friday to see whether a deal is possible ahead of the Brexit deadline of Oct. 31.

China’s Trade With US Shrinks Again in September