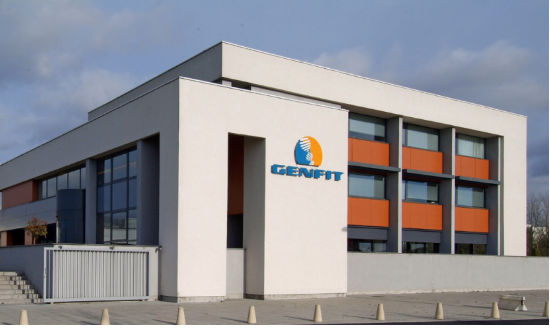 Genfit’s shares were in the red Friday morning after the French biotech announced it was delaying a data readout for its potential blockbuster fatty liver hopeful elafibranor.

There is no approved drug for nonalcoholic steatohepatitis (NASH), a complex disease characterized by a buildup of fat in the liver that’s predominantly caused by obesity rather than alcohol misuse, but Genfit, Intercept Pharmaceuticals, Shire and practically every biopharma in the world wants to change that.

Genfit and Intercept are seen as leading the pack for a potential first approval this year, and the tens of billions of dollars (at peak) a working, safe therapy analysts think can deliver. But: There have been many setbacks, failures and rethinks over nearly every major drug for NASH, as it proves to be a much harder nut to crack than first thought.

Genfit is the latest to be hit with a delay (and has history of issues affecting its drug), announcing Thursday night that its PPAR α/δ agonist elafibranor, which is currently being put through its paces in the RESOLVE-IT trial in NASH, is seeing a data readout pushed back.

Data were expected early in the year, but Genfit said “unblinding of the phase 3 RESOLVE-IT data will be delayed to incorporate the latest FDA insights expected by the end of March.”

Its brief update added: “Topline interim results will be announced in the weeks following receipt of FDA insight. This decision has been taken to ensure that the latest thinking in the NASH field is properly captured, so the company can optimize elafibranor’s NDA dossier at the time of submission.”

The biotech added the delay was not down to efficacy, safety or legal/financial issues. “The final visit of the last patient for the interim cohort to support accelerated marketing approval has been completed on time, and the phase 3 clinical trial RESOLVE-IT database will be locked as planned, before the end of February.”

There have been continuing uncertainties with elafibranor, not least because NASH has claimed a number of late-stage casualties, including CymaBay’s selective δ PPAR agonist seladelpar, which was abandoned in November after evidence of interface hepatitis was seen in liver biopsies from trials.

Genfit insists elafibranor is very different from seladelpar and has not been linked to interface hepatitis in its clinical trials, and RESOLVE-IT has already passed several interim analyses focused on safety. But the drug missed the mark in a phase 2 study in NASH, which Genfit said was a result of recruiting too many patients with early-stage NASH.

When they were excluded, the trial was a success, and RESOLVE-IT has been designed to tackle that issue.

The biotech had reckoned elafibranor was in with a shout of becoming the first drug to gain approval for NASH, although that position is more likely to be claimed by Intercept’s obeticholic acid, or OCA, which is under priority review at the FDA for the treatment of liver fibrosis due to NASH.

Already approved as Ocaliva for primary biliary cholangitis—which is also a backup indication for elafibranor—OCA is due for an FDA verdict for NASH in the second quarter of 2020. The drug hit its efficacy endpoint in a pivotal trial, but tolerability could be an issue for the regulator.

Shares in Genfit were down around 6% on the European exchange Friday morning.