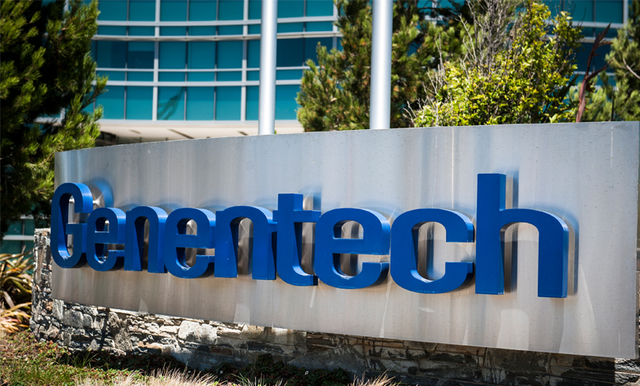 Roche’s Genentech is paying $30 million (€28 million) upfront to work with Bicycle Therapeutics on the development of immuno-oncology therapies. Bicycle will apply its discovery platform to multiple targets, putting itself in a position to pull in up to $1.7 billion in milestones as the assets progress.

British biotech Bicycle is built on technology that it originally used to attach toxins to innate immune activators, resulting in drugs designed to deliver payloads to cancer cells and trigger immune attacks localized within tumors. Bicycle has since begun using the platform to create T-cell modulators that it thinks improve on the safety and efficacy of existing modalities while also being better suited to use in combinations. Genentech has bought into the idea.

“Bicycles represent a novel therapeutic modality and have shown promise as modulators of several types of tumor-killing immune cells,” James Sabry, M.D., Ph.D., global head of pharma partnering at Roche, said in a statement. “We hope to create a new wave of immunotherapy options to expand the population of patients who could potentially benefit from this powerful treatment paradigm.”

The Genentech collaboration will initially focus on two immuno-oncology targets picked by the Roche subsidiary. Genentech has the option to nominate up to two more targets in return for a $10 million expansion fee for each extra program.

Bicycle will handle discovery and lead optimization for each program. Genentech will take over after a drug candidate is selected. If Genentech, at its sole discretion, chooses to move a candidate into further preclinical development and claim an exclusive global license on it, the Roche subsidiary will pay up to $12 million in milestones per program.

The big paydays for Bicycle are further off and less certain. Each program features up to $200 million in payments tied to development, regulatory and initial commercialization milestones, plus a further $200 million in sales-based milestones. Genentech is also on the hook for tiered royalties that top out in low double digits.

Bicycle has previously partnered with organizations including AstraZeneca to expand the use of its technology to indications outside of oncology. The Genentech partnership sees Bicycle team up in its area of in-house focus while retaining full control of its wholly owned oncology pipeline.

Shares in Bicycle traded up 19% following news of the Genentech deal.