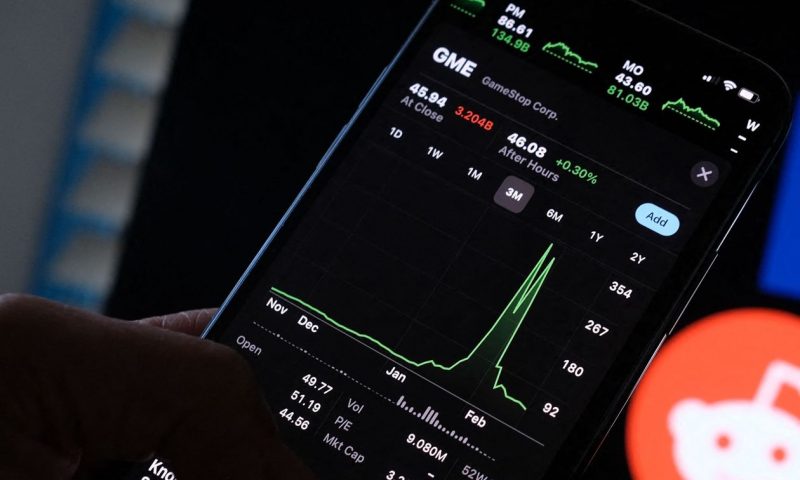 ‘Took a huge loss yesterday. Made it all back today,’ posted one meme-stock buyer on social media

Call it the revenge of the meme stocks.

After taking a pummeling over the first three days of the week, shares of GameStop Corp. GME, -1.50% soared Thursday, aided by retail traders who remain emotionally committed to the videogame retailer even after shares got hammered 24 hours earlier.

Meanwhile, shares of movie chain AMC Entertainment Holdings AMC, -6.40%, another popular stock among the retail traders on social-media platforms like Reddit and Discord, also popped on the session.

AMC closed out Thursday trade up over 21%, while GameStop surged nearly 53%, more than making up for Wednesday’s 40.5% loss, which represented the worst day in seven weeks, following its disappointing quarterly results reported after the close of regular trading hours Tuesday.

“WE ARE ALL WITNESSES” one user of Reddit board r/WallStreetBets posted after the bell on Thursday, summing up the sentiment of GameStop bulls on the site who had been encouraging one another to “buy the dip” presented by the company’s lackluster earnings report, and stick it to the hedge funds that many users on Reddit and Discord still perceive as existential threats to unfettered gains.

The campaign to buy GameStop appears to have worked. Data from Fidelity shows that the stock was the most actively traded by retail customers on Thursday with a buy-to-sell ratio of almost 3-to-1.

GameStop fans scored an extra boost going into the final hour of trading when, Ryan Cohen, Chewy founder and GameStop board member, fired off a cryptic tweet that his followers were interpreting bullishly.

Cohen’s message—his first in more than two weeks—was a clip from “Ted,” Seth MacFarlane’s raunchy live-action comedy about the childhood bond between a potty-mouthed, weed-smoking teddy bear and his human friend John, played by Mark Wahlberg.

“Higher and higher!” responded one of Cohen’s followers on Twitter.

AMC, which was Thursday’s fifth-most popular stock according to Fidelity with buyers outnumbering sellers, also benefited from social-media campaigns aimed at toppling hedge funds who were short the stock.

Message boards have been disseminating unverified rumors that major investment funds and market makers were betting heavily that AMC shares would eventually sink in value.

Little was said, however, about the fact that Walt Disney Co. DIS, -0.53% announced on Tuesday that it would debut two of its summer tentpole blockbusters “Black Widow” and “Cruella” simultaneously in theaters and streaming on Disney+, which in theory would deliver a bona fide hit to embattled cinema chains, including AMC, at least in the near term.

Those consiparacy theories and the potential loss of business from major film producers were cast aside on Thursday.

“Took a huge loss yesterday. Made it all back today,” posted one Redditor. “Would much rather this than 2 boring flat days. I love this s**t.”

In the end, the Reddit crowd’s typical buy-first-and-ask-questions-later strategy was back to bearing fruit—at least in the short term.

For the week, however, GameStop’s stock is looking at a week-to-date decline of 8.3% and AMC Entertainment shares are down over 21%.