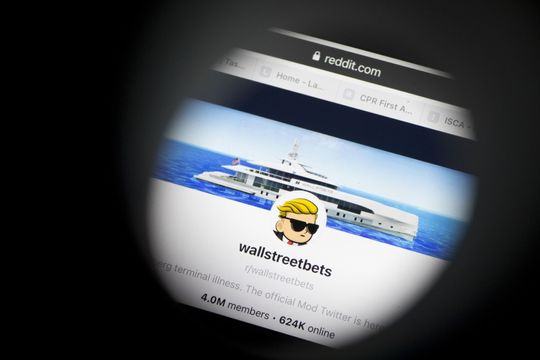 ApesNotLeaving was a Thursday theme in the meme stock world

Retail traders spent Thursday morning buying the dip created by all the people digging the graves of meme stocks on Tuesday and Wednesday.

Shares of GameStop GME, +0.38% and AMC Entertainment AMC, +6.37% started the holiday-shortened week in something of a nosedive, with both falling sharply from Tuesday morning into midday Thursday before sudden potent rallies fueled by Reddit chatter and Twitter hashtags saw both stocks recover dramatically, and AMC almost erase its weekly loss entirely before falling back a bit in the afternoon.

Going into Tuesday, the narrative around Wall Street was that a malaise had gripped meme stocks thanks to retail traders losing interest as the COVID pandemic slowly ebbs and summer lures many of them away from the daily grind of the markets, while some Wall Street analysts have even made the decision to stop covering meme stocks arguing that they don’t trade on cogent analysis.

And while news of GameStop picking up more fulfillment space sparked loud whispers on social media, and AMC’s chief executive may have made a massive concession to the individual investors that own perhaps 80% of his company’s float, the only thing that appeared to get meme bulls charging again was growing chatter that they were done fighting.

As headlines blared news that meme stocks were entering a bear market using the power duo as an example, retail investors who commonly refer to themselves as “Apes,” began to organize using one of their favorite weapons: hashtags.

On Wednesday afternoon, the message #ApesNotLeaving began trending on Twitter, evoking a growing cry from the retail investor community that they had not yet begun to fight what it sees as market manipulation by hedge funds using synthetic shorts on stocks that mainstream finance wants to see crippled.

“I’ve said it before, I’ll say it again – the price is psychological,” tweeted popular retail trading influencer and YouTube personality @TradesTrey on Wednesday morning. “If you believe a stock is worth “x” and it’s trading at “x – y”, the discount should excite you. Patience.”

The cry grew louder as AMC and GameStop shares fell, prompting many on Reddit to rap their fellow “paper-handed Apes” on their allegorical knuckles for potentially selling out as the stocks fell, while also lashing out at hedge funds for creating what they saw as an artificial dip.

“Who will be buying AMC today when market opens?” posited an 8am EST post from Hot-Brief-779 on popular subreddit r/AMCStock.

“I will buy more after it drops even lower!,” responded ApopkaHoosier, one of the more than 570 users to do so. “[Hedge funds] want me to be filthy rich when this squeezes!”

Trading volume in GameStop was almost one-third its daily average on Thursday, but AMC shares were just off the mark, and the movement around that stock was even frothier with social media mentions of the theater chain trending on their own. #AMCThreshold and #AMCSTRONG were particularly popular hashtags.

If anything, Thursday’s move proved that there is no power stronger in the meme stock scene than the notion that retail investors have been conquered by short sellers.

One tweet that summed up the day’s parabolic move made it colorfully blunt that the retail crowd is not done with its quest for “MOASS”: The Mother of All Short Squeezes.

“If you even remotely try to argue that millions woke up at exactly 4 AM, to sell off massive amounts of shares to cause simultaneous MASSIVE dumps across multiple stocks & Crypto you’re f***ing delusional,” tweeted @Katniss_AMC. “This is gonna be wild.”