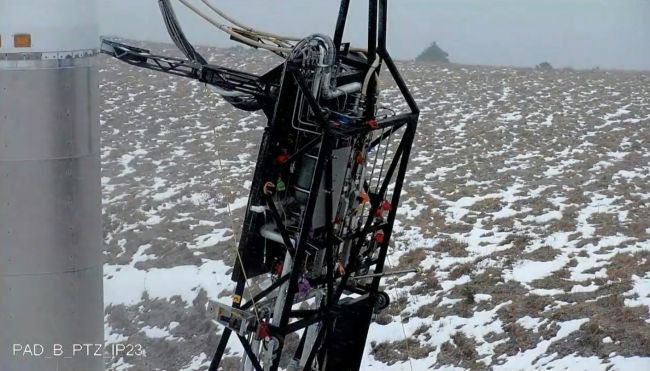 Mother Nature has interfered again with a potentially prize-winning launch.

Spaceflight startup Astra had aimed to launch its first-ever orbital mission today (Feb. 29), from the Pacific Spaceport Complex on Alaska’s Kodiak Island. But bad weather — specifically, strong winds and thick clouds — has pushed the attempt back at least another day.

The liftoff is part of the $12 million DARPA Launch Challenge, which seeks to spur the development of private American rockets that can carry small military satellites to orbit cheaply and on short turnarounds. (DARPA is short for Defense Advanced Research Projects Agency.)

If Astra’s first flight, which is carrying four small payloads, succeeds, the company will get $2 million. Acing a second launch in short order, from a different pad at the Kodiak complex, will bring in an additional $10 million.

The contest rules give Astra 14 days to launch mission number one, as counted from the opening of a DARPA-declared window on Feb. 17. Today was day number 13, which means that tomorrow (March 1) could technically be Astra’s last chance to get off the ground.

But DARPA may give Astra a fair bit of extra time to compensate for the weather, which has not cooperated much of the time. Just four of the 13 days to date have been “green” from a weather perspective, meaning environmental conditions presented no problems, Todd Master, the DARPA program manager for the competition, said during a webcast update today. The other days were either marginal or “red” — a trend that’s likely to continue tomorrow (March 1).

“Tomorrow’s looking like a red day,” Master said. “We’re going to get through today’s operation, see how that goes, and then assess from there.”

The operation he referred to was a portion of the regular launch-day countdown work with Astra’s 38-foot-tall (11.6 meters) Rocket 3.0, which the mission team wants to perform to iron out some kinks identified during a “wet dress rehearsal” yesterday (Feb. 28).

The competition rules call for Astra to get mission number two up by March 18. But that date also assumes no weather-delay compensation.

Astra was founded in 2016 but stayed in stealth mode until earlier this month. The Bay Area company attempted two suborbital test missions in 2018 but has not yet launched an orbital flight.