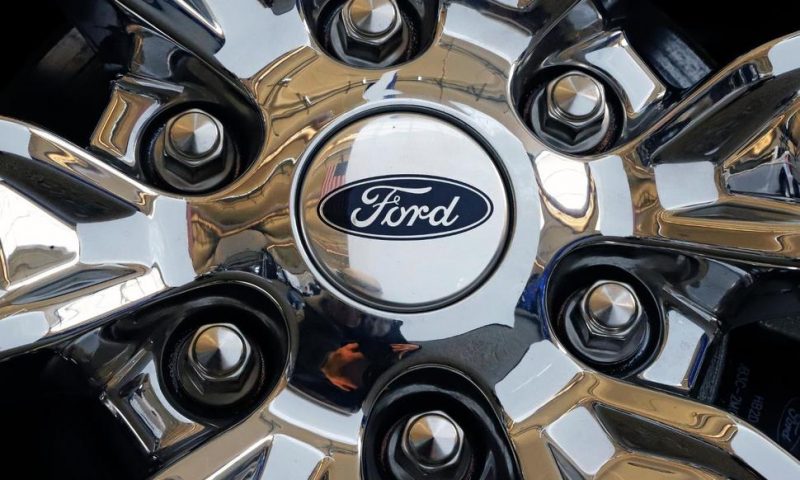 The Dearborn, Michigan, automaker knocked a half-billion dollars off its full-year pretax earnings guidance. Ford now says it will make $6.5 billion to $7 billion, or $1.20 to $1.32 per share.

Revenue fell 2% to $36.99 billion, partly because the company bungled the launch of the new Ford Explorer SUV. Sales of the highly profitable Explorer were down 48% for the quarter as quality problems forced the company to hold shipments to dealers.

Included in the restructuring charges was $800 million to reduce the value of assets in India, where the company formed a joint venture with Mahindra, as well as ending its Chariot ride-hailing service.

“We think the trajectory is improving across the business,” he said.

Ford, which released earnings after the markets closed Wednesday, said higher than expected warranty costs, expected lower sales and income in China and increased discounts in North America caused the company to cut its full-year guidance.

The company did show improvement in North America, its most lucrative market, where pretax profits were up 2.5% to just over $2 billion. Ford still lost $281 million in China, but that was better than a $378 million loss a year ago.

Ford had planned to send the Chicago-built 2020 Explorer to dealers during the normal model year changeover in late summer. But quality problems forced it to delay deliveries and even ship thousands of the SUVs to Michigan for repairs. The company says dealers are now getting them in large numbers directly from the factory, although some are still being sent off for fixes.

As a result, Explorer sales slumped during the quarter, cutting into revenue and income. That helped to drag Ford’s overall U.S. sales for the quarter down 5.1%, according to the Edmunds.com auto pricing website.

“Ford has almost fully made its transition away from cars, but the company has yet to show that this gamble is driving sales in a meaningful way,” said Jeremy Acevedo, Edmunds’ senior manager of insights. “If the company can’t turn the corner with a stable of brand-new SUVs right when shoppers want them most, there could be cause for concern.”

Ford switched the Explorer from front-wheel-drive to rear-wheel-drive, and gave it a gas-electric hybrid version for the 2020 model year. The SUV’s launch was the most complex in the company’s history, spokeswoman Kelli Felker said. For example, 96% of the work stations at the Chicago factory had to be changed for the launch, she said.

The company sent the SUVs 260 miles (420 kilometers) to a plant in Flat Rock, Michigan, for repairs, largely because there is little space around the Chicago factory to store them. Plus, Ford had space and a trained workforce in Michigan to make the repairs, Felker said.

Among the problems are loose wiring harnesses, gear displays that aren’t activated, faulty seats and an improper shifter cover.

“We have higher expectations for our performance,” CEO Jim Hackett told analysts on a conference call.

President Joe Hinrichs said Ford tried to do too much in the complex launch of the Explorer and Lincoln Aviator. He told analysts that dealers have plenty of inventory now, and the company has learned how to better manager product launches.

Also, Ford is having to offer larger discounts on vehicles to keep sales going, Acevedo said. Ford’s average discount per vehicle was $5,361 in Q3, up 1.8% from last year, Acevedo said. The spending was $1,360 above the industry average of $4,001, according to Edmunds, which provides content for The Associated Press.

Winds of change: the sailing ships cleaning up sea transport