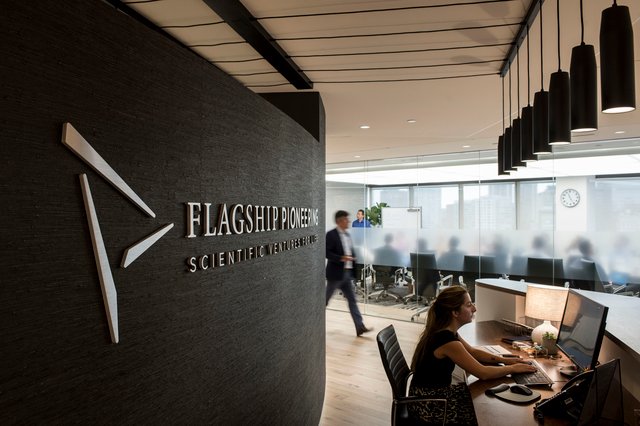 Antibodies and other protein therapeutics can treat a wide range of diseases, but they come with various challenges that have limited their reach.

“They’re complex and expensive to make and complex to administer,” said Diego Miralles, M.D., a CEO-partner at Flagship Pioneering and CEO of its latest company, Laronde. What’s more, some treatments must be injected frequently because of their short half-lives, which can be a pain—literally—for patients.

With Laronde, Flagship is using an RNA-based approach that could surmount these hurdles and yield medicines that give patients the ability to express therapeutic proteins in their own body instead of passively receiving those proteins through an injection.

Laronde—literally “the round” in French—launches with $50 million from Flagship to develop an engineered form of circular RNA that sticks around in the body for a long time, all the while producing proteins to treat disease. Dubbed endless RNA, or eRNA, the approach is inspired by a type of RNA called long non-coding RNA that is found in mammalian cells.

“When we saw the circles in nature, we got really excited … [We asked] ‘are these translating? Are they making protein perpetually?” said Avak Kahvejian, Ph.D., a general partner at Flagship and the founding CEO of Laronde. “We were surprised to find out they don’t.”

Because they don’t have loose ends like mRNAs, circular RNAs do not interact with ribosomes, which read the sequence of mRNAs to synthesize proteins. Kahvejian led a team at the company’s Flagship Labs incubator that figured out how to change that.

“We borrowed from standard and nonstandard translation initiation approaches that are common in viruses. We took those elements and incorporated them into the closed-loop format to recruit the ribosome no longer from the tip of the RNA, as is done with mRNA, but within the molecule,” Kahvejian said.

The eRNAs can be programmed to express any kind of protein by switching out the protein-coding component of the molecule while leaving the rest of it, the “master construct,” alone, Miralles said.

So far, the team has shown its eRNAs can get “robust, persistent protein production inside an animal,” Kahvejian said. After three years spent developing its platform, Laronde is ramping up its work with the goal of delivering up to 100 new eRNA medicines over the next decade.

That includes hiring 200 people in the next two years and laying down a foundation that will allow Laronde to deliver multiple products in multiple disease areas, Miralles said.

“We can make any therapeutic protein in vivo: peptides, coagulation factors, any type of therapeutic antibody, transmembrane proteins, vaccines, and even things in biology that have never been done, like intracellular antibodies or ion channels,” Miralles said.

“Protein therapeutics have been one of the important workhorses for biology, but they’ve had their limitations in where we can get them, how long they last and what they do,” Kahvejian said. “By doing it with eRNA, we break open those barriers where proteins can be made and act and for how long.”

The possibilities are—please forgive me—endless: “Anything a protein can do, an eRNA can do,” Miralles and Kahvejian say.

“We think there are going to be opportunities in rare disease, in vaccines, in chronic diseases and beyond,” Kahvejian said. “We are working on all of those in parallel.”

Besides expanding its team, Laronde will build the infrastructure it needs to create eRNAs for in vivo testing and to scale up manufacturing for preclinical and clinical trials.

“We’re building for the success scenario, the bull case. We’re not making just one medicine or maybe two… We truly believe this is a new class of medicines just like small molecules, antibodies and enzymes are a class,” Kahvejian said.