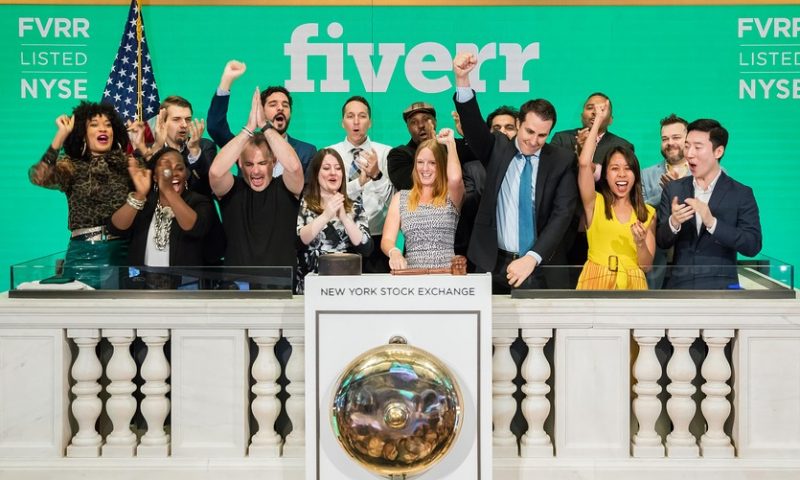 The company is now looking to grow its international presence, since 70% of revenue currently comes from English-speaking countries. Fiverr also views its platform as “infinitely scalable,” which could allow the company to expand beyond the some 200 categories of work that it currently offers. The company is serious about powering the varying aspects of the gig economy, so much so that it has trademarked the word “gig.”

The key question with Fiverr is whether investors will come to view it as more of a software company or a play on the gig economy.

“Public markets haven’t (as yet) rolled out the red carpet for cash-burning gig economy start-ups, such as Upwork, Uber UBER, +5.07% and Lyft LYFT, +4.79% ” wrote Rohit Kulnarni, an executive director at MKM Partners. “We are believers in the long-term potential of these marketplaces, but risks such as unclear pathway to profitability and the debate around gig economy workers labeled as 1099-contractors would likely weigh on near-term post-IPO performance.”

Fellow freelance platform Upwork Inc. UPWK, +7.62% made a splash with its IPO last fall, but shares now barely trade above their offering price of $15. Kaufman declined to make comparisons to specific companies but said that Fiverr’s platform is differentiated because there are no hourly rates, just fixed fees for a project.

“That level of transparency is game-changing for businesses,” he said.

Fiverr got its name in part because many of the “microservices” it originally listed were priced at $5, though Kaufman said the company also strives to allow companies to find freelance work “in under five minutes.” At present, businesses typically find freelancers in about 15 minutes through the platform, he said.

US Retail Sales Rose 0.5% in May, Led by Online Shopping