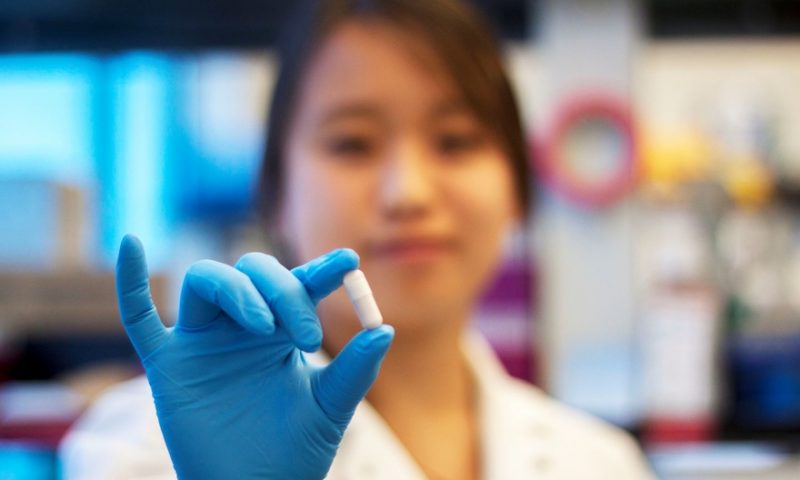 According to the Centers for Disease Control and Prevention, 47 million courses (PDF) of antibiotics were prescribed for infections that didn’t need them in 2018. And taking antibiotics is “like carpet bombing your microbiome,” Finch Therapeutics CEO Mark Smith, Ph.D., said. “We don’t yet understand what the long-term consequences of these disruptions are.”

One potential consequence? C. difficile, or C. diff. for short, an infection that can affect people who have taken antibiotics. And that’s what Somerville, Massachusetts-based Finch is looking to tackle after raising a $90 million series D round to advance its microbial treatment for the infection.

With the funding, Finch will close out the final clinical stages for its C. diff treatment—including an FDA filing for recurrent C. diff. infection—build out programs for other indications and continue finding more.

C. diff. is a pesky infection found in patients whose natural gut microbiome is wiped out with antibiotics, causing diarrhea and colitis, or colon inflammation. Of those patients infected with C. diff., 1 in 6 will be reinfected two to eight weeks later, and 1 in 11 patients over age 65 who gets it will die.

Finch’s approach to treating the disease involves using stool samples from a healthy donor and extracting microbes from the sample, then suspending them in a chemical that preserves them as they’re frozen, freeze-dried and milled into a powder. This powder then becomes a capsule specially designed to release the microbes at a precise spot in the gastrointestinal tract. Once they’re in place, they rehydrate and repopulate the gut with healthy microbes.

“By restoring the structure and function of the microbiome, we can actually change the biology of a lot of those diseases and address the underlying cause of many of these diseases, rather than just sort of masking the symptoms and working at the surface,” Smith said.

Think of it this way: If a healthy microbiome is a rainforest, and antibiotics chop down the trees, Finch is “a mega version of Johnny Appleseed, bringing different trees that you need to have a healthy rainforest again,” he said.

Instead of selecting one particular microbe that might be effective, “we deliver the entire rainforest,” Smith said. This, combined with the easy-to-take pill format, is what differentiates Finch from the competition, according to Smith.

Smith first became interested in the gut microbiome while working on his Ph.D. at the Massachusetts Institute of Technology. While there, he founded the nonprofit OpenBiome, which provided microbiome transplants to 55,000 patients in a network of about 1,300 clinics, he said. It was his stepping stone to founding Finch “with the objective of creating a platform to scale and commercialize this next generation of microbial therapies.”

Although Finch plans to start by tackling C. diff, Smith sees at least four other likely indications for this technology, with slight tweaks: ulcerative colitis and Crohn’s disease, in collaboration with Takeda Pharmaceuticals; hepatitis B; and in children with autism, of which at least 30% struggle with chronic constipation due to a totally unique microbiome. Early studies have shown that microbiome treatment may even reduce behavioral symptoms in these patients.

“For a long time, people have been interested in the microbiome. It’s been passing now from a topic primarily of academic pursuit into something that can really be drugged in and used as a new modality,” Smith said. “It’s a great time to be in this space.”