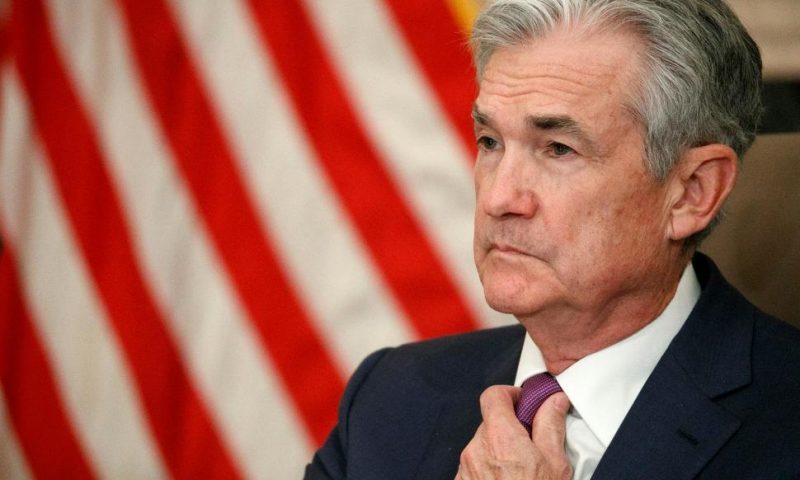 WASHINGTON — Federal Reserve officials were sharply divided last month when they decided to cut their key policy rate for a second time this year, a split that indicates the path forward for future rate cuts remains cloudy.

Minutes of the discussion at the September meeting released Wednesday showed that the majority of Fed officials believed a second quarter-point cut was appropriate given increased economic uncertainty from trade tensions and a slowing global economy.

However, a “couple” of participants indicated they favored a half-point reduction. They said the larger rate cut would reduce the risks of a possible recession.

But a third group of “several participants” argued that the Fed should not be cutting rates at all, saying that the current outlook for the economy had changed little since the central bank’s last meeting.

Many investors are hoping the Fed will cut rates for a third time this year when it meets again at the end of this month. The Fed’s benchmark rate currently stands in a range of 1.75% to 2% with the next meeting coming on Oct. 29-30.

The CME Group, which tracks futures trading on the Fed’s policy rate, is currently putting the chance of a third cut in October at around 84%.

Chris Rupkey, chief financial economist at MUFG, a global financial group, said, “We would bet that Powell will deliver the third rate cut the markets are clamoring for on Oct. 30 but rate cuts beyond this … start to look less like the insurance style cuts” that Powell has referred to.

Michael Pearce, senior U.S. economist at Capital Economics, said he found the minutes “noticeably ambivalent” about the timing of the next cut. He said many Fed officials may be nearing the limits of how far they are comfortable cutting rates in the face of trade uncertainty and would prefer to “wait instead for more concrete signs of weakness in the incoming data.”

The September rate cut, which followed a cut in July that was the first in a decade, was approved on a 7-3 vote. Two Fed officials, Esther George, president of the Fed’s Kansas City regional bank, and Eric Rosengren, president of the Boston bank, dissenting in favor of no cut.

James Bullard, president of the St. Louis regional bank, dissented in the other direction, arguing that the threats to the economy were large enough that a bigger cut was needed.

The minutes however showed that there were other Fed officials who disagreed over the quarter-point rate cut although not strongly enough to dissent.

Following custom, the Fed does not name the Fed officials cited in the minutes, which were released after the customary three-week delay following a meeting.

The minutes showed officials also discussed the turbulence in a short-term funding market called the repo market that occurred in the week the central bank was meeting.

In remarks this week, Powell has said the Fed will be taking moves to deal with this turbulence.

The minutes showed that among the options discussed would be to allow the Fed’s balance sheet to grow again. The Fed had been reducing its holdings that had surged to a peak of $4.5 trillion in the wake of the Great Recession as it engaged in several rounds of bond purchases aimed at lowering long-term rates and giving the economy a boost.

Those bond purchases were known as “quantitative easing.” Powell said that while various options were being weighed for providing more stability for the short-term funding markets, the effort should not be considered a new round of quantitative easing.