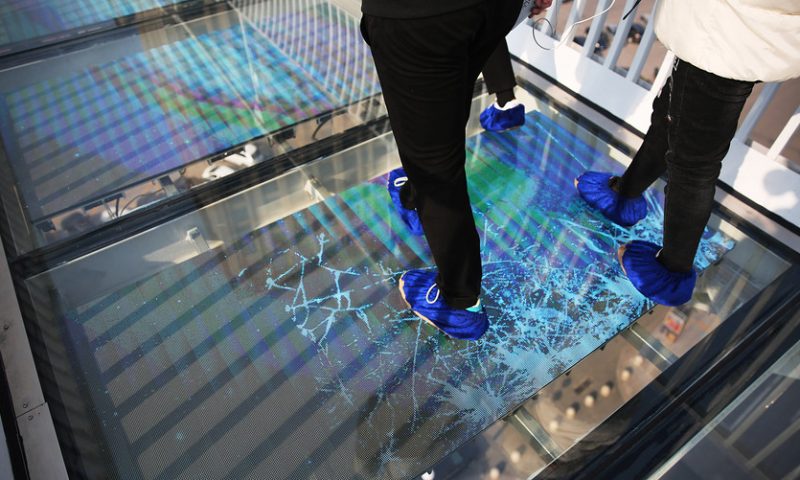 Once we get past another batch of big earnings, notably Apple’s after the close of trading Tuesday, investors will need to get ready to face the Fed full on.

And vice versa for the U.S. central bank, which will come up against financial markets that have grown increasingly uneasy with Chairman Jerome Powell’s choice of words. All eyes will be on the one-day meeting and press conference on Wednesday.

Among those increasingly concerned about what Powell will say is research firm Miller Tabak + Co.’s lead strategist, Matt Maley, who provides our call of the day. In an interview with MarketWatch, he warns that any shift in the Fed’s dovish stance could cause the stock market rally to crack, as another fissure — soaring techs — deepens.

Maley says the Fed will be weighing up some encouraging data, such as first-quarter growth numbers, and an equity recovery, spurred on by the central bank’s market-friendly policy U-turn late last year.

“Now that the market has bounced back they might not be so dovish,” he said, adding that he doesn’t think Wall Street is ready for that. “That doesn’t mean it will be another big correction like we saw in the fourth quarter, but the market is getting overbought,” he adds.

He said investors need to only look to China, where stocks fell 5% over the last several sessions on after the central bank said it won’t loosen policy further. Up 23% so far this year, the Shanghai Composite is still the best-performing global market of 2019, but some say its best days are behind it.

Maley says he’s nervous about the big gains from Wall Street equities so far this year, though he doesn’t adhere to so-called “meltup camp,” which believes previously sidelined investors may pile into the market and cause a sharp and unexpected rise for stocks.

He’s also increasingly wary of a strong performance for tech stocks, notably semiconductor names, even amid some downbeat news. On the heels of a warning from Intel INTC, +0.22% Korean phone and chip maker Samsung 005930, -0.65% on posted a 57% profit drop on Tuesday.

“It’s funny because when stocks react well to bad news that’s usually a good sign, but when you have so many different companies making fairly negative comments about the next few quarters, you just wonder if people are whistling past the graveyard,” said Maley.

Investors should take profits on some of the big gainers of the rally so far and add defensive stocks (companies that are stable no matter what the economic cycle) such as consumer staples that produce goods always in demand and utility stocks. He likes oversold health-care stocks and dividend-paying. He said having some cash on hand would be helpful if there’s a market turn.

“You could get a washout that could present an opportunity like late December,” he said, adding that a stock pullback of 5% to 7% could offer a better chance for investors to scoop up stocks.

Our chart of the day shows some pain for shares of Google-parent AlphabetGOOGL, -0.10% which are down sharply after revenue came up short and profit got hit by a European fine:

After the close, Apple AAPL, +5.03% results will swing into the spotlight.

President Trump, three of his kids and his real-estate business are suing to stop Deutsche Bank DB, -0.48%  from turning financial records over to the House. The suit claims Congress is overreaching, and the subpoena is politically motivated.

Airbus AIR, -0.93% is set to be crowned biggest jetliner maker for 2019. The company’s profit leapt and plane deliveries shot up, as Boeing BA, +0.37%  had to cut production of its 737 MAX planes following two fatal crashes.

In a bid to compete in a tough market, Tesla TSLA, +0.13% plans to announce price cuts in solar panels, says the New York Times.

As a fresh round of U.S.-China trade talks kicks off Tuesday in Beijing, Treasury Sec. Steven Mnuchin says the next two weeks will be telling on whether a deal is possible or it’s time to “move on.” Meanwhile, European phone giant VodafoneVOD, +0.54%  found vulnerabilities in its Huawei equipment stretching back years, though those issues were resolved some time ago, Bloomberg reports.

A busy data week continues, with the employment cost index, Case-Shiller house-prices and Chicago purchasing managers index, as well as updates on consumer confidence and pending home sales, all on tap.