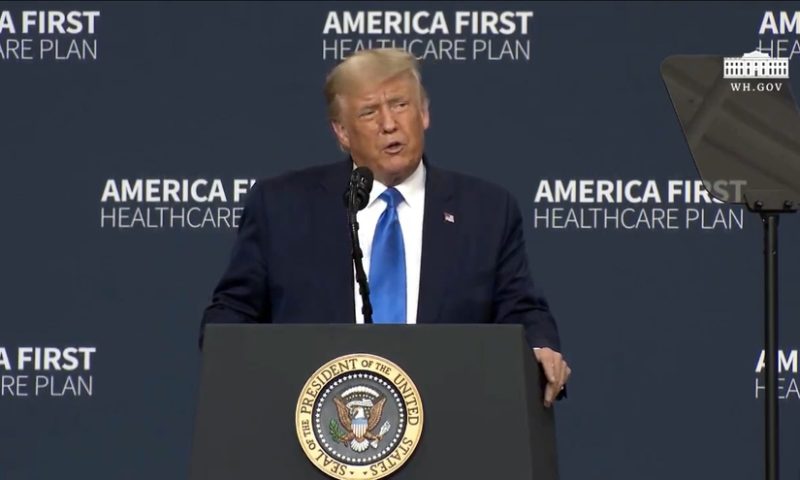 FDA officials are pushing back against an executive order that will make it easier for President Donald Trump to fire federal employees, according to a report in Politico. Patrizia Cavazzoni, the acting head of the FDA’s drug center, is reportedly among the top officials to have raised concerns about Trump’s executive order.

The concerns center on the implications of an executive order published last month that was framed by the White House as a way to give agencies such as the FDA “the flexibility to expeditiously remove poorly performing employees from these positions without facing extensive delays or litigation.” That proposal has caused alarm bells to sound across the federal government and led unions to accuse Trump of trying to open the door to the politicization of the workforce.

Now, Politico has revealed FDA employees are among the federal employees to greet the executive order with resistance. According to two anonymous health officials, multiple top FDA staffers have raised their concerns with Commissioner Stephen Hahn, M.D. The need for FDA leaders to determine which employees would be eligible is reportedly particularly contentious.

Cavazzoni proposed sending a blank document in response to a request for a list of eligible workers, Politico reports. Hahn has reportedly said the six FDA center directors will decide which career civil servants are on the list, potentially in support of efforts to keep the list as short as possible.

The FDA is particularly vulnerable to the impact of the executive order if Trump wins a second term. COVID-19 has put the FDA at odds with Trump, who has alleged the agency is holding up vaccine development. The FDA relies heavily on career scientists and employs top officials such as Cavazzoni, Janet Woodcock and Peter Marks, M.D., Ph.D., in ways that make them vulnerable to the order.

Critics of the executive order fear Trump could use the powers to remove top officials who cross him and many more lower-profile civil servants, thereby reshaping the FDA and other agencies to reflect his wants and politics.