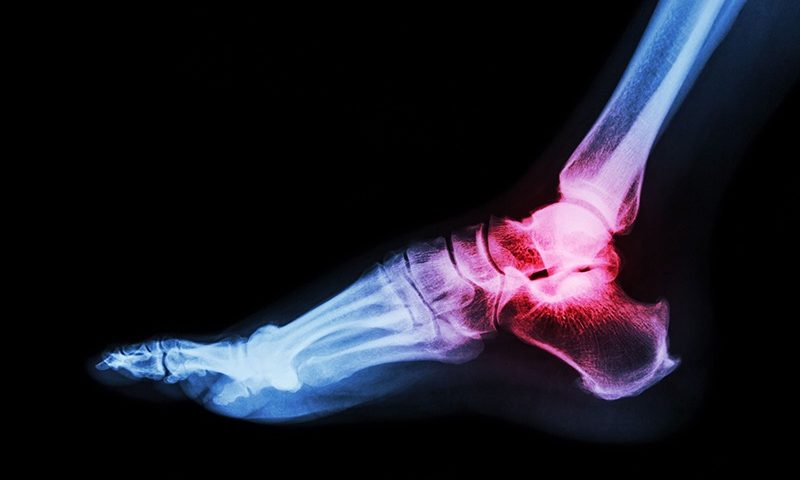 The FDA is alerting patients and healthcare providers that a plastic piece within certain ankle joint replacements made by Stryker may fracture, potentially causing pain and requiring additional surgery to fix the implant.

The STAR device, for Scandinavian Total Ankle Replacement, was one of the first flexible implants designed to replace ankle joints suffering from arthritis. The rights to the device were sold late last year to Colfax’s DJO Global medtech division, to help pave the way for Stryker’s $4 billion acquisition of the orthopedics manufacturer Wright Medical.

The agency has previously raised concerns about the long-term strength of the polyethylene plastic component—used in the ankle joint’s movable bearing—and Stryker made changes in 2014 to its pre-implantation packaging to better protect the pieces from degradation.

However, data from post-approval studies and real-world monitoring showed unexpectedly high rates of plastic fractures, regardless of the packaging or manufacturing date—potentially due in part to the artificial ankle’s use in younger populations of more active people.

“At this time, we are not recommending removal of any implants,” said Capt. Raquel Peat, director of the FDA’s Office of Orthopedic Devices. “While the risk of fracture of the device is higher than expected, the device remains appropriate for certain patients, such as older patients with lower activity levels.”

Patients younger than 55 years old or who have a more active lifestyle, as well as those with osteoarthritis, may have a higher risk of the plastic breaking, the agency said. In addition, thinner modular components, of about 6 mm, appear to be more prone to fracture.

Since 2009, the FDA has received at least 1,841 adverse event reports for the STAR ankle, including about 300 for devices produced after the 2014 packaging change. Plastic fractures were seen as early as three to four years after the replacement procedure, typically requiring X-rays or CT scans to confirm the issue.

One long-term study found a fracture rate of 13.8% over eight years, in 12 out of 87 artificial ankles implanted before the 2014 packaging change. Additionally, among 72 fractured devices that were completely removed in surgery, plastic breaks were less common in thicker components—with only one fracture reported with thicknesses between 11 mm and 14 mm—though most showed signs of material oxidation after three to four years.

According to the ankle’s new owner, DJO, the newest generation of the device has seen 30,000 implantations worldwide—while ankle replacement procedures in the U.S. have more than doubled in recent years, as a new option compared to mobility-limiting fusion surgery.

The FDA said it is working with Stryker to better understand the factors contributing to the component failure and inform patients and orthopedic providers and will continue its surveillance of medical literature and real-world evidence.

“Those who have had ankle replacement surgery with the STAR Ankle should follow their surgeon’s recommendations for follow-up visits and consult with their surgeon if they experience symptoms such as new or worsening pain or instability,” Peat said.