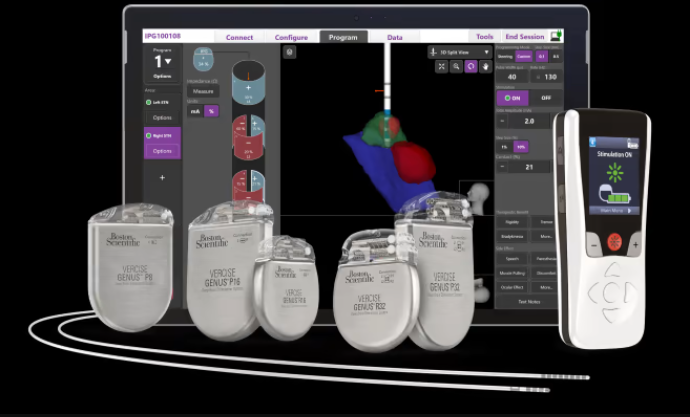 Deep brain stimulation, or DBS, technology has the ability to smooth out abnormalities in neurological signals that are linked to movement disorders like Parkinson’s disease and essential tremor—but only if electrodes are precisely placed in specific areas of the brain.

To help boost that precision, Boston Scientific developed software that would give healthcare providers a 3D view of the neurostim placement and programming process. And with a newly bestowed approval from the FDA, the company announced this week, the Stimview XT technology can now make its U.S. debut.

The stateside approval comes nearly two and a half years after the software received CE mark clearance in Europe in late 2019.

Stimview XT is embedded within Boston Scientific’s existing Vercise Neural Navigator platform, which has long been available to help place and program DBS electrodes. The new addition, however, adds 3D image guidance to the process.

Using Stimview XT, physicians get a clearer, real-time picture as they navigate a lead through the specific anatomy of a patient’s brain, ensure the lead is oriented correctly and monitor the placement of each electrode in the precisely indicated areas of the brain.

A total of 10 study participants received programming via both the Stimview XT system and standard clinical-based methods. The researchers found that doctors were able to adjust a patient’s neurostimulation within just 20 minutes when they used Boston Scientific’s tech, a 56% reduction in programming time compared to the standard technique.

“Every person’s experience living with Parkinson’s disease or essential tremor is unique, and their treatment should be as unique,” said Maulik Nanavaty, the company’s senior vice president of neuromodulation. “Our technologies enable clinicians to precisely see, shape and steer DBS therapy to meet their patients’ individual needs.”

Stimview XT is designed to be used to program Boston Scientific’s Vercise Genus DBS devices. The latest version—marking the fourth iteration of the technology—was approved by the FDA just last year.

The new Vercise Genus neurostimulator was cleared to be used as an adjunctive treatment for patients with moderate to advanced Parkinson’s. It can be also be safely used during full-body 1.5T MRI scans under specific conditions.